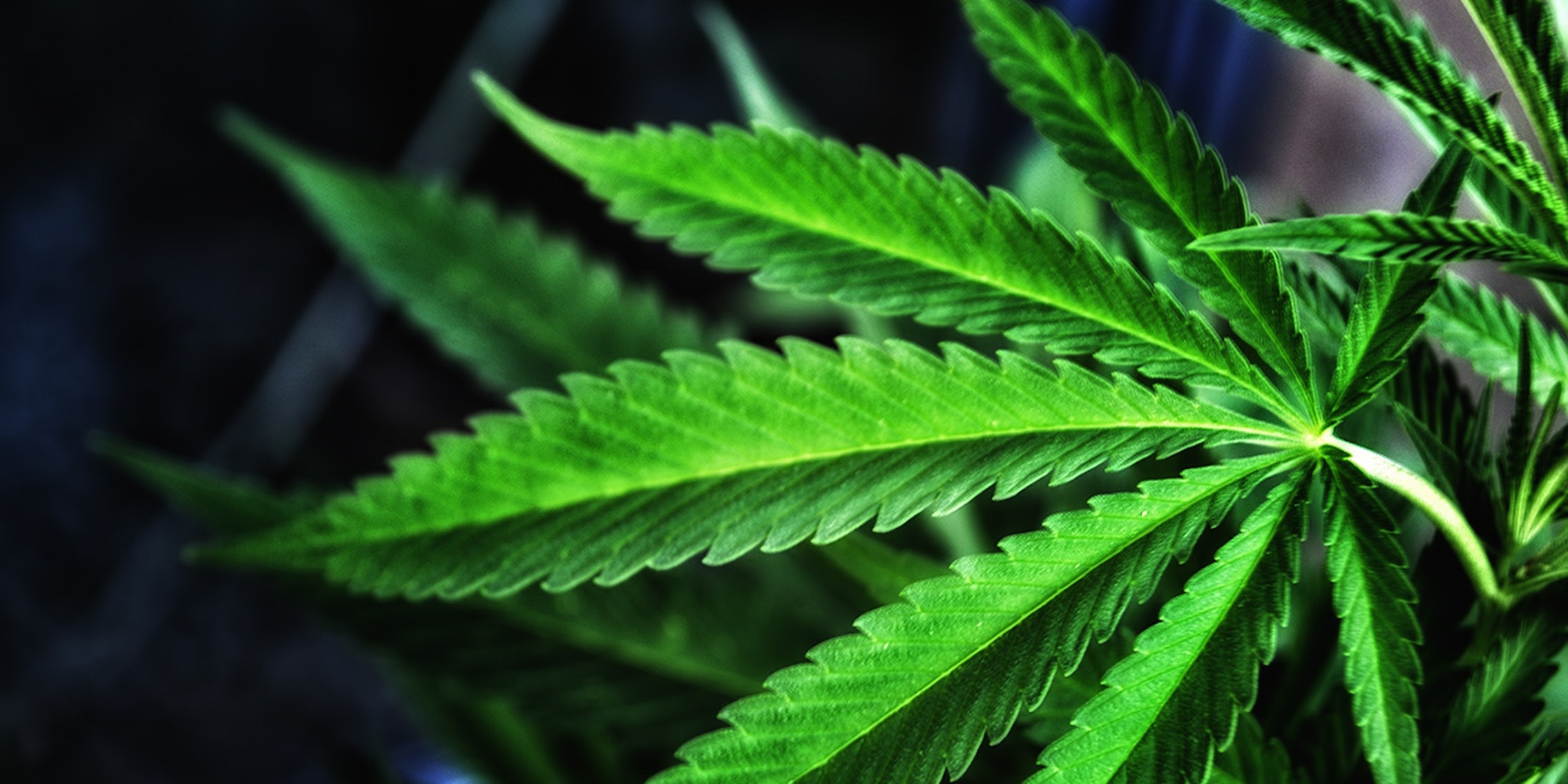 Relax, pot is not drying up your vagina

This week, the internet exploded with articles about how smoking pot can dry out your vagina in a phenomenon that has since been dubbed “cotton vagina.” The apparent reasoning was that because pot causes cotton mouth,  and because the mouth and the vagina are both mucus membranes, therefore, pot must also dry out the vagina.

But as the Daily Dot learned when we spoke to researchers, the reasoning behind so-called pot-induced “cotton vagina” is thinking is totally, utterly wrong. In fact, it gets basically everything wrong about how both cotton mouth and vaginal lubrication work.

“No, I don’t believe [pot-induced cotton vagina] is a real thing,” Tami Rowen, an OB-GYN at the University of California, San Francisco, told the Daily Dot. “The reason that people have cotton mouth is because there is a cannabinoid receptor in the salivary gland in the mouth. So it decreases the amount of saliva produced in the mouth,”

In other words, the pot interacts directly with the salivary glands to cause cotton mouth, rather than going through the bloodstream and affecting saliva production some other way. Vaginal lubrication, on the other hand, is a direct result of blood flow to the vagina due to arousal. (Though some women can experience vaginal dryness even when they’re turned on.) In short, the biological processes behind dry mouth and vaginal lubrication have absolutely nothing to do with each other.

The idea that smoking pot could induce vaginal dryness apparently originated from a recent Vice article, which was based on a 2009 study titled, “Cannabis use and sexual health.” The Vice piece suggests that people in this 2009 survey reported that smoking pot was associated with vaginal dryness. But in fact, that is the opposite of what the study said.

Of the 4,299 women surveyed in the study, not enough reported vaginal dryness (or any sexual problems) as a result of cannabis use for the researchers to find a significant correlation between the two. (And in case you’re wondering, “But what about the menz?!,” men reported that smoking pot resulted in them having trouble with orgasms. Either they didn’t have them, they took too long to have them, or they had them too early. That finding is actually supported by a study indicating that some men smoke pot as a way to self-medicate by delaying orgasm.)

Although the study directly contradicted the thesis of the Vice piece about vaginal dryness, author Sophie Saint Thomas backed up her argument with an interview with Dr. Julie Holland, author of the book Moody Bitches: The Truth About the Drugs You’re Taking, the Sleep You’re Missing, the Sex You’re Not Having and What’s Really Making You Crazy. Holland’s background is in psychiatry and pharmacology.

Holland told Vice that vaginal dryness can be caused by both pot and hormonal birth control.

[Cotton vagina works] exactly like dry mouth. It’s the same thing. It’s the drying of the mucus membranes. Now not all pot is going to give you dry mouth, but if you have had a strain that is giving you dry mouth, it will also make you more dry [down there]. In general the thing that makes women dry is the pill. Because there’s all this different mucus that happens throughout your cervical cycle. As Mother Nature designs it, when you’re fertile, you’re wet. But if you’re on the pill, you don’t ovulate; you don’t get that mid-cycle wetness.

Aside from the fact that so-called “cotton vagina” is caused by a totally separate biological process than that of “dry mouth,” Holland’s claims about birth control are also total bunk. It’s true that birth control can lead to vaginal dryness, but not because it affects your ovulation. What Holland is referring to is cervical mucus, which is affected by hormone levels but is definitely not the same thing as vaginal lubricant, Rowen said.

In fact, getting wet is the result of a pretty simple mechanism that you may remember from high school science class: osmosis.

Birth control can cause vaginal dryness because it lowers the amount of estrogen in the body, which can play a role in lubrication, Rowen said. Lower estrogen is also why women who are breastfeeding or post-menopausal may experience chronic vaginal dryness as well.

If you do have vaginal dryness associated with pot smoking, it may just be that you’re not very turned on. Weed might not directly parch your lady parts, but it can definitely cause your mind to wander. If you’re not focused on the task at hand, you may not have enough blood flowing to your vagina to force open those floodgates.

If you’re mixing pot with alcohol, booze is way more likely to be the culprit of your down-under desert than weed. Vaginal lubrication is mostly water that seeps out from the blood in the capillaries. If you’re dehydrated from a night of drinking, then there’s simply gonna be less water available to grease your wheels downstairs.

Of course, if you are experiencing vaginal dryness, that can easily be fixed by drinking more water in addition to alcohol to prevent dehydration. (That’ll also help with the cotton mouth, too). If all else fails, you can fix the problem the old-fashioned way: by having more foreplay and using a water-based lubricant. Or, if you’re feeling adventurous and live in California or Colorado, you can always kill two birds with one stone by trying the cannabis lube, Foria.

Screengrab via Carlos Gracia/Flickr (CC BY 2.0)