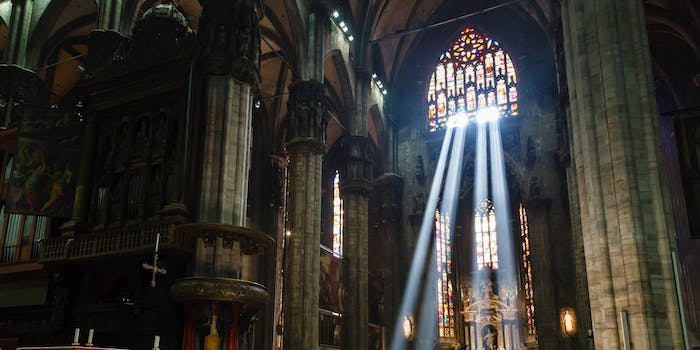 ‘Sindr’ is the Catholic Church’s Tinder for confessions

Do you want to confess your sins but don’t know where the closest confessional is? You are…probably a lapsed Catholic. But perhaps you could benefit from a new app the Catholic Church is introducing next year that lets users search for confessionals and Holy Mass.

The Catholic app is being nicknamed “Sindr” by some, though that makes it sound more like you get to swipe right to commit sins—which is already what Tinder is for. But Catholics are hoping this gets younger members of the faith more involved, what with having to balance their faith in a “frenetic world,” or so the app demo says.

There are many reasons as to why young Americans seem to be turning away from religion. Some point to conservative views that aren’t accepting of many lifestyles; others see religion as opposing scientific research. But it could be they just don’t have enough apps on their phones. We need Yelp for synagogues!