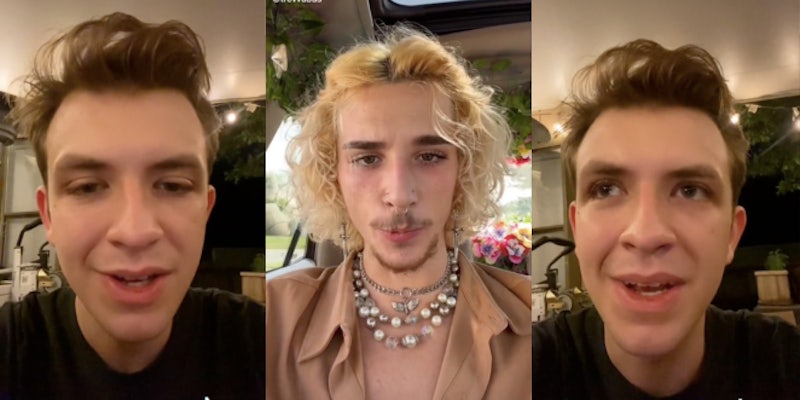 ‘You’re not even competing with the McDonald’s across the street. Who are you competing with?’: Applicant calls out job for ‘competitive’ pay of $10 per hour

'Why did you put competitive pay in the job description then?'

A user on TikTok sparked discussion after claiming he went to an interview for a job that boasted a “competitive” wage. When he arrived at the interview, he was dismayed to learn the wage was just $10 per hour.

In a video with over 83,000 views, Texas-based user Trevor (@trevvubus) says he applied to be a receptionist at a nail salon. The description for the job said the role offered “competitive pay.”

“When she told me $10 an hour, I wasn’t speechless. No, no. I was mouthy,” Trevor recalls. “I said, ‘Why did you put competitive pay in the job description then?’”

Making the issue worse was the fact that Trevor says there was a McDonald’s across the street that was hiring. The sign outside the McDonald’s said new employees started at $15 an hour.

“You’re not even competing with the McDonald’s across the street! Who are you competing with?” Trevor remembers asking the interviewer.

The term “competitive pay” has no real meaning, but in general, HR professionals agree that “competitive pay means offering within 10 percent (above or below) the market average for a job,” per Indeed.

However, depending on the source, median earnings for Salon Receptionist range from $11.70 to $14 per hour.

in Texas, where Trevoris based, Talent.com estimates that the average wage for a Salon Reception is slightly lower than the nationwide median, coming in at around $11.50 per hour. This means that the $10 per hour Trevorwas offered still does not meet the HR definition of a competitive wage.

In comments, users shared their own experiences with so-called “competitive wages.”

“Back when I worked for olive garden they also said ‘competitive pay’ and it was 25 cents over minimum wage lmao,” claimed a user.

“Applied to be a receptionist at a vet clinic. They took like a month to respond and told me starting pay was $10/hr,” remembered a second.

“This happened to me and they were paying minimum wage,” offered a third. “Ma’am, no one’s competing for that.”

“No but seriously what’s up w small or family owned businesses thinking they can get some sort of pass for offering less to their employees,” asked a user.

“Yeah idk why ppl use family and local as an excuse,” added another. “You either can pay ppl or you can’t.”

The Daily Dot reached out to Trevor via Instagram direct message.