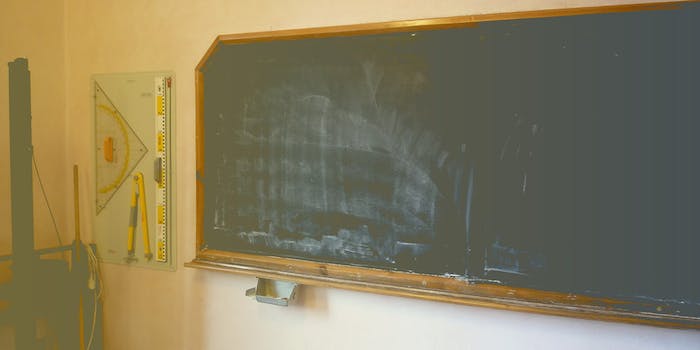 A quiz asking students to determine their level of white privilege is upsetting conservatives online.

When I am told about our national heritage or about civilization, I am shown that people of my color made it what it is.

I can turn on the television or open to the front page of the paper and see people of my race widely represented.

I can go shopping alone most of the time, pretty well assured that I will not be followed or harassed.

Students also had to give other examples of privilege based on gender and sexuality. Extra credit was given if they answered the questions at the end, like “Were you surprised by your score, or did it confirm what you already knew? Do you think this exercise is different for white students than for students of color?”

Elliott told the conservative site College Fix that the exercise is meant to challenge students “to be a conscious part of understanding and gain more power and agency to effect change.”

“Only through processes that allow us to share intersubjectively and weigh all of our perspectives according to amount of shareable empirical evidence can we approximate an objective understanding of our society,” Elliott told the College Fix via email. “It may never be perfect, in fact, I am sure we will always be improving, but it is a better response if we are truly seekers of what is truth, what is reality. In a society that values fairness, our injustices that are institutionalized are often made invisible.”

The quiz was picked up by many conservative sites and blogs, with far-right Twitter denying the existence of white privilege.

This is racism. Anyone allowing themselves 2 B treated like this needs a shrink, It is abuse 4 grades. If done 2 blacks it would B illegal

I'm STILL waiting for my "white privilege." By the time it arrives, I'll be a skeleton.

In the USA there is no such thing as white privilege.Howevr,by law, for the last 40-50 years there IS Black Privilege. "Affirmative Action"

No such thing, it's called hard work. Recession and my husband went to school and learned a new trade. Welfare is a hand up not a lifestyle.

The good news is you don’t need a lengthy quiz to prove white privilege. Here are a few others to help you determine if it applies to you.

Quiz to find out if you benefit from white privilege.
Q 1: Are you Caucasian?
Did you answer YES?
Congratulations, you’re privileged.