Lesson: No one should drink 300 cups of coffee.

While a lot of us joke about being addicted to our morning brew, two college students who overdosed on caffeine might be laying off of it for quite some time. To be fair, though, the overdose was entirely not their fault. According to the BBC, the students were participating in a study at Northumbria University in Newcastle in March 2015 on the effects of caffeine on exercise, when a miscalculation caused the study proctors to give them each a dosage of 30 grams of caffeine rather than the specific .3 grams—which is a whopping 12 grams over the 18-gram “fatal limit,” and the equivalent of 300 cups of coffee. Northumbria University issued a statement relating to the incident, writing, “The university is genuinely sorry for what happened in this case. This was an isolated incident. We reacted promptly to what took place.”

Fortunately, both students recovered after treatment on dialysis, although the long-term effects of it still aren’t clear (one student is still reporting short-term memory loss). The case was recently settled in a court hearing that charged the university $500,000 in safety and health charges, as well as money to compensate for the victims.

That being said, it would be near impossible for someone to “overdose” on caffeine from coffee or tea alone, assuming you had common sense and a working bladder. But if you are worried about whether or not you’re ingesting too much caffeine, here are a few ways you can check yourself. 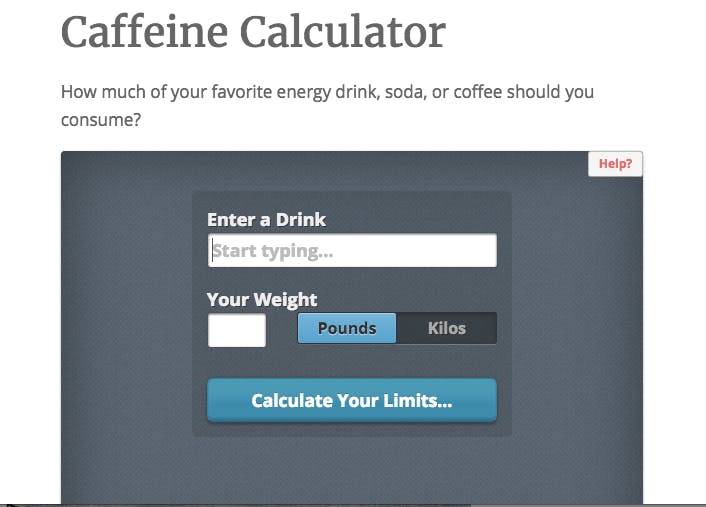 Caffeine Informer’s calculator does not mess around — using your weight and the type of caffeinated drink, it calculates just how many cups of it you should allot yourself per day, as well as just how many cups it would take to kill you dead. (Lovely!) This can help give you a rough guide of about how much caffeine you can safely ingest, and when you should maybe lay off the 3 p.m. coffee pick-me-up.

Listen To Your Body If you ingest too much caffeine over a period of time, your body will react to the stimulant with adverse and noticeable side effects: you may have heart palpitations, experience dizziness, have chronic insomnia, feel an unusual amount of anxiety, or have muscle twitches. If you’re dependent on coffee to get through your day despite experiencing these symptoms, it is definitely time to reevaluate your lifestyle and make adjustments to your schedule to break the cycle you’ve put yourself on.

Watch Out For ~Sneaky Caffeine~ If you’re experiencing the above symptoms but don’t think you’re quite coming close to a caffeine threshold that should justify it, then surprise! You may be accidentally ingesting more caffeine than you think. While soda might seem like an obvious one, you should also keep an eye out for chocolate, certain pain medications (like Excedrin or Midol), “energy” waters, and even decaffeinated coffee (PLOT TWIST).

Overall, make sure you are doing what’s best for your body—and if you can, always opt for more sleep over more caffeine!

• Dear Hot Men Who Love My Body as It Is: IDGAF

• I Went to a Black Chyna-Hosted Strip Club Party

• How to Make the Next 4 Years Productive