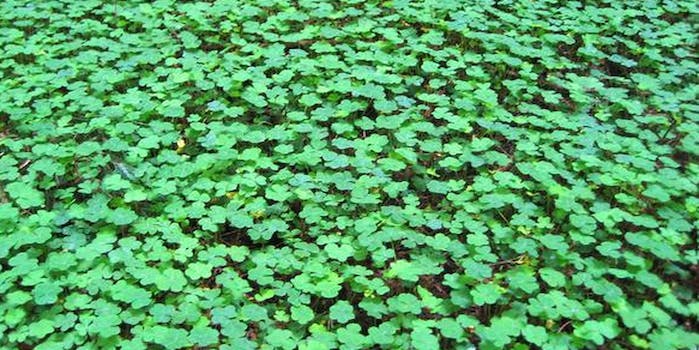 Clover hopes to prove newsletters are the new teen magazines

Before blogs and social media, teen girls had magazines. From Sassy to Seventeen to countless independent ‘zines, teen mags allowed girls to read stories about each other’s lives, ask for advice, and find community.

“I’m from a small town in Missouri and when I was growing up, teen magazines were my lifeline,” said former Teen Vogue editor Casey Lewis. “That’s how I got to know what other teens were doing in other places.”

The media landscape has changed dramatically since the 1990s, but the issues that teens battled back then are as prevalent as ever. According to the Office of Adolescent Health, 39 percent of girls in high school report experiencing symptoms of depression; that number is almost double the percentage of their male counterparts.

Moreover, 46 percent of female high school students are sexually active, and their young ages put them at greater risk of pregnancy and STI transmission. Additionally, 24 percent of girls have reported experiences of being bullied in school. It may be easier than ever for girls to connect and access information through the Internet, but they are still struggling with serious realities.

Lewis and long-time friend Liza Darwin, a former editor at Nylon, are committed to making the world a better place for teen girls. To do this, they are creating a new space for girls of today, one that harkens back to the intimacy and authenticity of ’90s magazines but without any ’90s cultural nostalgia.

On Monday, Feb. 1, Lewis and Darwin will launch Clover, a daily email newsletter for teen girls. “I’m interested in creating a community of girls and women who can connect in a way that maybe you can’t connect over a tweet or a snapchat,” Darwin  told the Daily Dot in a phone interview. “It’s really easy to feel lonely as a teen girl. And I think that having something delivered straight to their mailbox will make a difference.”

Striving to distinguish itself from websites who appeal to teens primarily with One Direction gossip and nail art tutorials, Clover is serving up meatier content. Its understanding is that teens aren’t apathetic—they’re just overwhelmed and could benefit from thoughtful curation sent directly to their inboxes.

For each edition of Clover, Lewis and Darwin will write short, informative, accessible news blurbs that link back to articles in publications like the New York Times and the Atlantic. Every news story featured will be one that directly impacts young adults, like gun control, reproductive justice, and media literacy.

“When we started talking to these girls, it became clear that they didn’t have an entry point into the news,” Lewis explained. “They don’t know where to find it, and when they do find it, it’s not written in a way that’s fun or enjoyable. So it’s our mission to cover news in a way that’s smart but as fun as possible.”

Additionally, each edition of Clover will include an opinion piece, personal essay, or interview written by an actual teen girl. (Lewis and Darwin estimate that their pool of interested teen contributors is at 200 girls—and still growing.) The topics needn’t be sensational or extraordinary, since the purpose is for them to be as relatable as possible. And since an email newsletter isn’t beholden to astronomical page view metrics in the way that websites are, Clover has the option of publishing content that’s meaningful, regardless of how “clicky” it is.

“Because this is in an email, we can have these girls write essays that are about the typical teenage experience—getting your heart broken, or falling out with a friend, or not getting into your dream school—even though those are not topics that would have super enticing headlines on a website,” Lewis told the Daily Dot. (The popularity of Lenny, the email newsletter debuted in August 2015 by Lena Dunham and Jenni Konner, might have something to do with it as well.)

Beyond their professional experiences writing for teen audiences online, Lewis and Darwin have become experts on teen girls by communicating with the demographic directly. Their “grassroots” approach to research and finding teen contributors and readers? Mining Instagram.

“We’ve mostly been reaching out to teens that just kind of surface on the Explore page, or we’ll find one cool teen and then reach out to her friends,” Lewis continued. “Mostly, they don’t think we’re total creeps when we hit them up via DM.”

Last year, the Pew Research Center found that 20 percent of teenagers use Instagram more than any other social media site, and Lewis and Darwin are capitalizing on the platform’s popularity by heavily integrating user profiles into each edition of Clover. Every edition will open with “today’s clover,” a brief profile of one girl highlighting where she’s from and what she does for fun and which links back to her Instagram profile. Each edition will close with a “follow back” section, suggesting more great girls to follow on Instagram. There’s even an incentive—forwarding Clover to five of your friends guarantees you a coveted “follow back” spot in a future edition.

More than anything, Lewis and Darwin are committed to making Clover a space where girls can connect and be themselves, without cultivating a clique mentality.

“We’re trying to reach all teens,” said Lewis. “Not just the cool girls, and not just the wallflowers. The last thing we want to do is play into the cliched stereotypes of teens.”

Clover launches next week and the list signup is here.