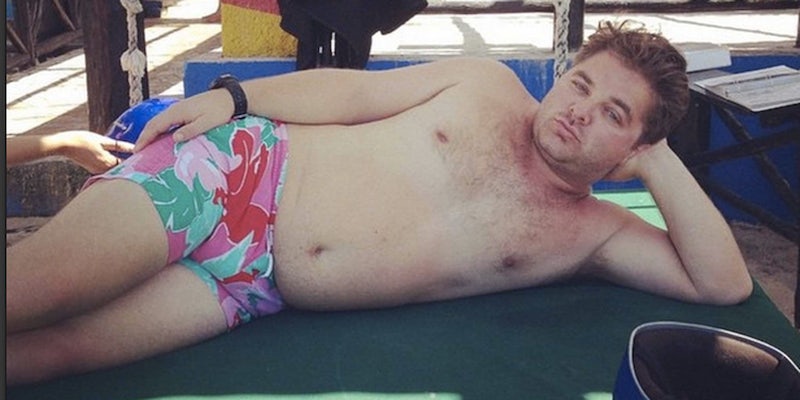 Chubbies shorts is all about "guys having fun and being confident in who they are."

By now, you probably know all about “dad bod“: how men with soft, round bellies and thick arms are just as desirable as a bro with a six-pack. This “new trend” has set the internet aflame, spawning countless memes and thinkpieces. But in truth, the dad bod has been a thing for some time now. It just hasn’t had a catchy name.

Go to the Instagram account for Chubbies mens shorts, for instance, and you’ll find various representations of the male form. The most popular of these forms is a physique that has recently become known as dad bod.

I’ll be out on the lawn spreading American pride throughout the land. If you need me, beep me.

This empowering take on dad bod is in stark contrast to the Daily Dot’s EJ Dickson’s assertion that the trend has wildly sexist undertones.

Of course, the celebration of dad bods and the disdain for mombods are not mutually exclusive. Men suffer from low self-esteem and body image issues, just as women do. But even Montgomery admitted that he was hard-pressed to find a female-focused company carrying a similar message.

“Women have a tougher go,” he said. “Body issues are definitely tougher for women.”

Ultimately, Montgomery and his co-founders are in the menswear business. And while they hope there can be some equality between the sexes, there’s no stopping them from showing off their calves and praying at the altar of Will Ferrell, the patron saint of dad bod.