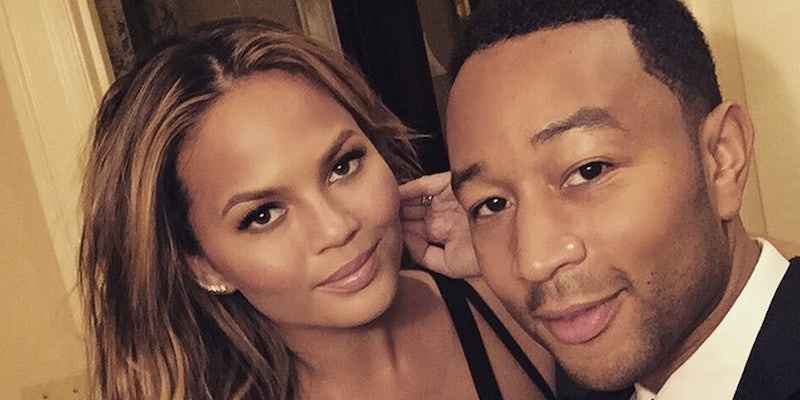 Model Chrissy Teigen gets real about stretch marks on Instagram

Model Chrissy Teigen has it all: the perfect cheekbones, the perfect husband (singer John Legend), and the perfect sear on her scallops, if her drool-worthy Instagram cooking photos are any indication. Like most women on the planet, however, she also has stretch marks.

Unlike most women, Teigen didn’t want to hide her stretch marks any longer. So she decided to post a photo on Instagram with her stretch marks are clearly visible, sporting the caption: “Bruises from bumping kitchen drawer handles for a week. Stretchies say hi!”

Stretch marks are caused by the skin being pulled by overstretching, which can often be caused by rapid growth or weight gain. Although they’re incredibly common, many women consider them unsightly and unattractive, taking great pains to conceal them as much as possible.

That’s why Teigen’s nearly 2 million followers were thrilled to see the model publicly embracing her flaws. The post got nearly 92,000 likes, with one commenter writing, “you’ve just gained a new follower. Thank you for being so honest and proud!” Another wrote: “this makes me feel so much better about [my stretch marks] in the same exact spot because she is a gorgeous super model with long legs.” Supermodels: They’re just like us—except maybe even more awesome.

Update: An earlier version of this post stated that John Legend was Chrissy Teigen’s boyfriend. They are actually married.