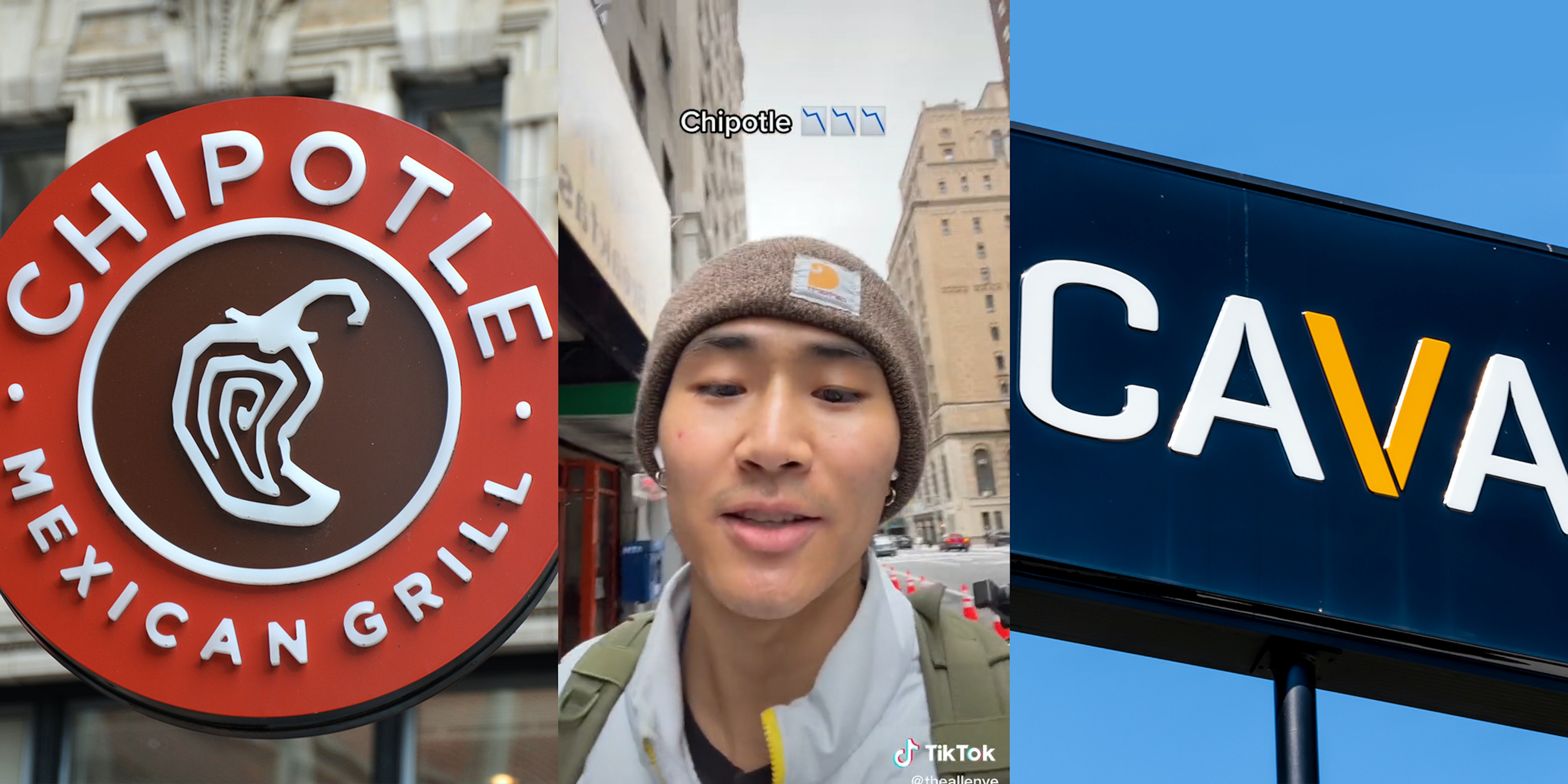 'I've been saying that Cava is superior to Chipotle... this is the nail in the coffin for Chipotle.'

A viral Chipotle hack shared on TikTok in August may no longer apply, as one customer claims the Mexican-inspired restaurant chain has started charging customers for the side orders of ingredients that made the hack possible. However, several Chipotle employees refuted his claim in the comments.

TikToker Allen Ye (@theallenye) says that he ordered Chipotle again after making frequent stops at Mediterranean fast-casual chain Cava, and he was disappointed to see that Chipotle no longer offered complimentary sides.

Ye told viewers that he had previously been a big fan of Chipotle, but he has now switched to Cava and will likely not order from the former now that sides are something customers get charged for.

“All of that that used to be free, you get charged for it now. It’s crazy because for the past five years, I’ve been a die-hard Chipotle person,” he says. “One time, June 2018, I ate there every day for 30 days straight. Chipotle is perfect for your post-workout meals after the gym, but they don’t own that title anymore, not for me, and especially if you’re in New York, or a city that has a Cava, because you’re going to get more food for your money, hands down now. That was a trending theme, but now this is the nail in the coffin.”

The TikToker claims that Cava still offers double servings of sides for no extra charge. In the comments, some viewers said they had also switched over to “team Cava” in recent years.

“Been team Cava for years now,” one user wrote.

“I was the biggest chipotle stan, then I ate cava and my life changed,” a third added.

Others blamed the alleged increase on viral money-saving hacks and shared that they were turned off of Chipotle by its increase in price. The chain has announced several price changes since 2020, including a 8% price increase in 2021, and a 10.5% increase at the beginning of this year, per Eat This Not That.

“I stopped going to chipotle when my burrito came out to $22,” one commenter wrote.

“I got a bowl and a large chips and guac my meal was $28 I gagged… for what,” another user shared.

“Last month I paid $27 for just a bowl,” a third claimed. “I never ate Chipotle again.”

A few commenters claiming to be Chipotle employees refuted Ye’s claim that the chain is now charging for sides.

“I work at chipotle and we aren’t doing that,” one user alleged.

“Work at chipotle, we don’t charge for sides…,” another stated.

“Wait I work at Chipotle and we don’t charge for the sides” a further viewer added.

The Daily Dot reached out to Chipotle via email to confirm the change, as well as to @theallenye for comment via Instagram direct message but did not receive a response ahead of publication time.