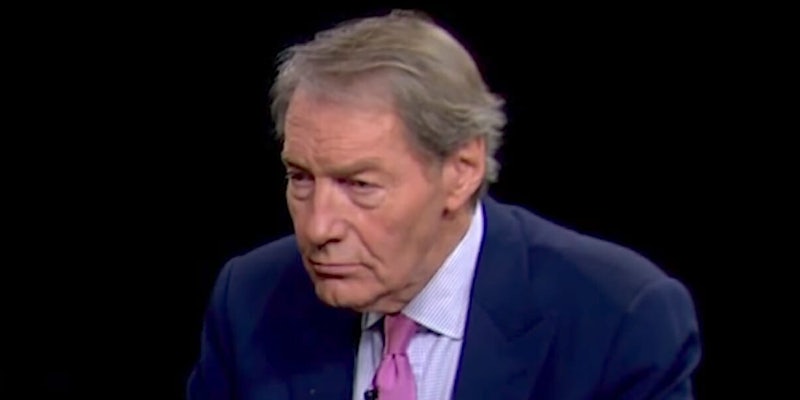 The decision came down swiftly.

CBS and PBS both cut ties with Charlie Rose on Tuesday, one day after the Washington Post reported multiple women have said Rose “made unwanted sexual advances” toward them.

An internal memo from CBS said its decision to fire the journalist “followed the revelation yesterday of extremely disturbing and intolerable behavior,” CNN reported.

Rose had been the co-host for CBS This Morning since 2012 and was a regular correspondent for 60 Minutes.

The Los Angeles Times reported Tuesday that PBS has also ended its relationship with Rose.

“In light of yesterday’s revelations, PBS has terminated its relationship with Charlie Rose and canceled distribution of his programs,” a PBS spokesperson said. “PBS expects all the producers we work with to provide a workplace where people feel safe and are treated with dignity and respect.”

Rose had hosted his eponymous PBS talk show since 1991.

After the Post’s 5,000-word report, Rose said he is “greatly embarrassed” that the women, some of whom were his colleagues, said he subjected them to sexual misconduct, including groping them and making inappropriate phone calls.

“It is essential that these women know I hear them and that I deeply apologize for my inappropriate behavior,” Rose said.

“Charlie does not get a pass here. He doesn’t get a pass from anyone in this room,” King said. “We are all deeply affected. We are all rocked by this.”