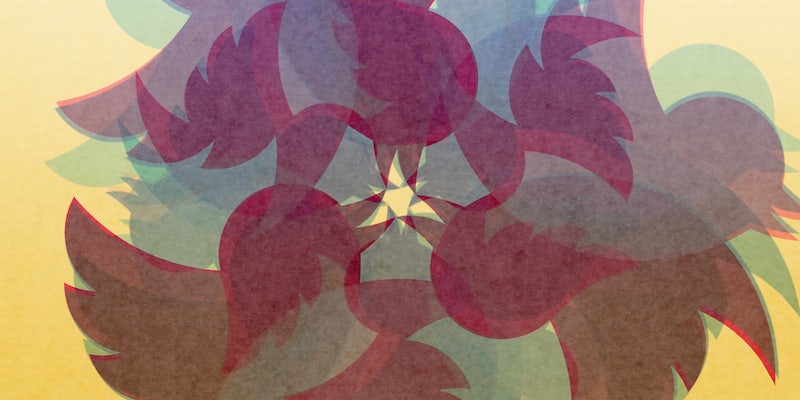 There's a lot of anger over the way the media is talking about the terrorist behind the Charleston shooting. And it's focused on the words 'mental illness.'

Do you know any crazy people? No? Let’s rephrase that. Do you know anyone who takes psychiatric medication of any kind, such as meds for depression, anxiety, or attention deficit disorder? How about anyone who regularly goes to therapy or sees a psychiatrist?

Let’s be honest: we’re all “crazy” these days. More than one in five Americans takes at least one psychiatric drug to treat a mental health condition. That’s approximately 64 million people across the nation who struggle with mental health.

But how many people walked into a historically black church in Charleston, South Carolina last night and assassinated a state Senator, along with eight other people? Exactly one.

The media has barely started to catch up to the suspect in the Charleston shooting. Dylann Roof, 21, has been apprehended in North Carolina. According to survivors and witnesses, Roof prayed with the black congregants in the church before standing up and saying he was there “to shoot black people.”

But despite Roof’s already obvious racist motivations for the despicable act of terrorism, people are nervous about how the incident will be handled by the mainstream media. On Twitter, users are bemoaning the way acts of terrorism are described differently depending on the race of the attacker.

Love to Charleston. Tomorrow we'll hear the churchgoers were no angels and the white killer had mental health issues and great potential.

The root causes of the Charleston shooting:

1) Mental illness
2) Drugs
3) Facebook
4) Religious hostility
5) Nothing else, nope, nothing

Conflating acts of terrorism with “mental illness” has a long history. It’s not hard to understand why—people need to grasp for meaning, for an excuse, for something to justify deplorable acts of violence that don’t make sense. But time and time again, people who commit mass shootings and other terrorist acts have been shown to not be mentally ill.

For instance, psychiatrist Dr. John Smith evaluated Oklahoma City bomber Timothy McVeigh for his defense team in 1995 and found that he had “no major mental illness.” Instead, what Smith found was that “hatred motivated this killing. And revenge.” Smith even said that McVeigh gave the doctor permission to tell the world about the mental health evaluation because “he wants people to know that this is not the behavior of some crazy guy.”

Norwegian mass killer Anders Breivik, who mercilessly slaughtered 77 people in 2011, was also found completely sane, albeit with a touch of “narcissism.” His motive for the killing? Breivik told reporters and the court that he simply wanted to curb the “Islamization” of his nation.

Just before committing the 1989 Montreal Massacre that left 14 female college students dead, Marc Lepine also wrote a manifesto that detailed his desire to wipe the earth clean of feminists. An earlier, unrelated psychiatric evaluation of Lepine showed no traces of mental health problems.

Time and time again, predominantly white, male mass killers have attacked groups of people for clearly stated reasons, yet they are often declared “mentally ill” in the media.

On social media, people are trying to keep that from happening this time around.

Will unfollow anyone calling the #Charleston murderer a mentally ill person. He is a terrorist. Mental illness is not the refuge of evil.

Many are calling for mental health to be entirely removed from the discussion around the Charleston massacre—not just because Roof’s motive already seems to stem from racism, but also because conflating mental illness with violence further stigmatizes the 64 million Americans who take medication for mental health conditions.

I'm not looking forward to the impeding mental-health shaming circus in the media. #charleston

Who is this mentally ill man they are looking for in #Charleston? Last time I checked he was a DOMESTIC TERRORIST who committed a hate crime

Other Twitter users referred to their own struggles with mental health in order to draw a clear line between mental illness and terrorist violence. Some simply pointed out the fact that mentally ill people are often victims of or survivors of violence, instead of being violent themselves.

People with mental health problems are more likely to be targets, not perpetrators, of violence; you're being inaccurate AND unethical.

Stop using mental illness as an answer to white man's murders. It stigmatizes us. #CharelstonShooting

The power of social media may have already altered the way media coverage has spun the Charleston shooting. Today, as news spread that Dylann Roof was captured just 14 hours after the killings, the most commonly used photo was one of Roof wearing a jacket with apartheid-era South African flags—an ensemble that directly points to Roof’s white supremacist beliefs. 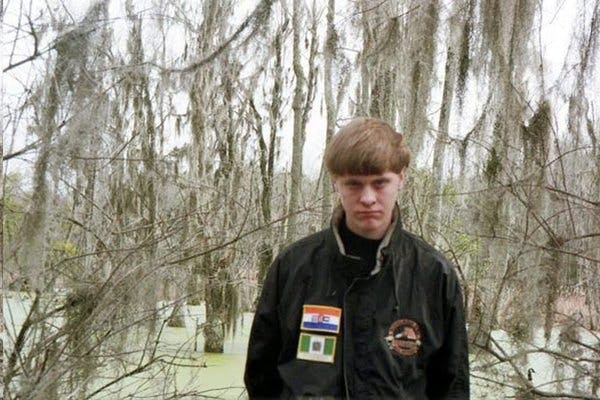 Photo via the New York Times

Not that much is known about Roof, but witness accounts of his statements at the shooting scene do make one thing clear: He hated black people. And he attacked the Emanuel African Methodist Episcopal Church last night because he knew that’s where he would find some.

“I have to do it,” Roof said, according to witnesses. “You rape our women and you’re taking over our country. And you have to go.”