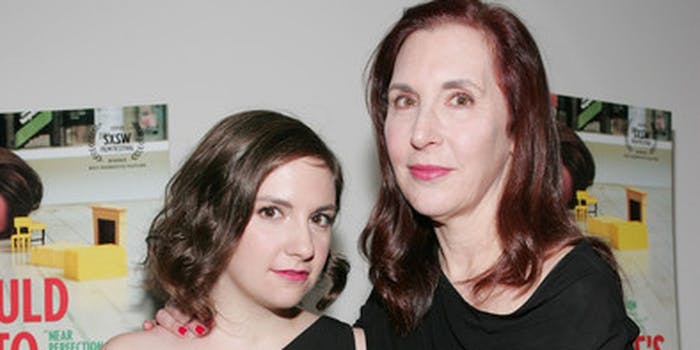 This is the closing thing you'll get to a holiday Christmas card from these celebrity families.

Girls creator Lena Dunham’s mother and well-known artist Laurie Simmons has just started tweeting regularly. So far, she’s been signing tweets to her daughter “Love, Mom.” It’s exactly what a mom on Twitter would do.

In fact, celeb parents are just as silly, cute, embarrassing, and interactive on Twitter as your own Twitter-savvy folks. (My dad responds to all my friends. Joy.)

Check out these celebrity ‘rents who love to tweet their star children. 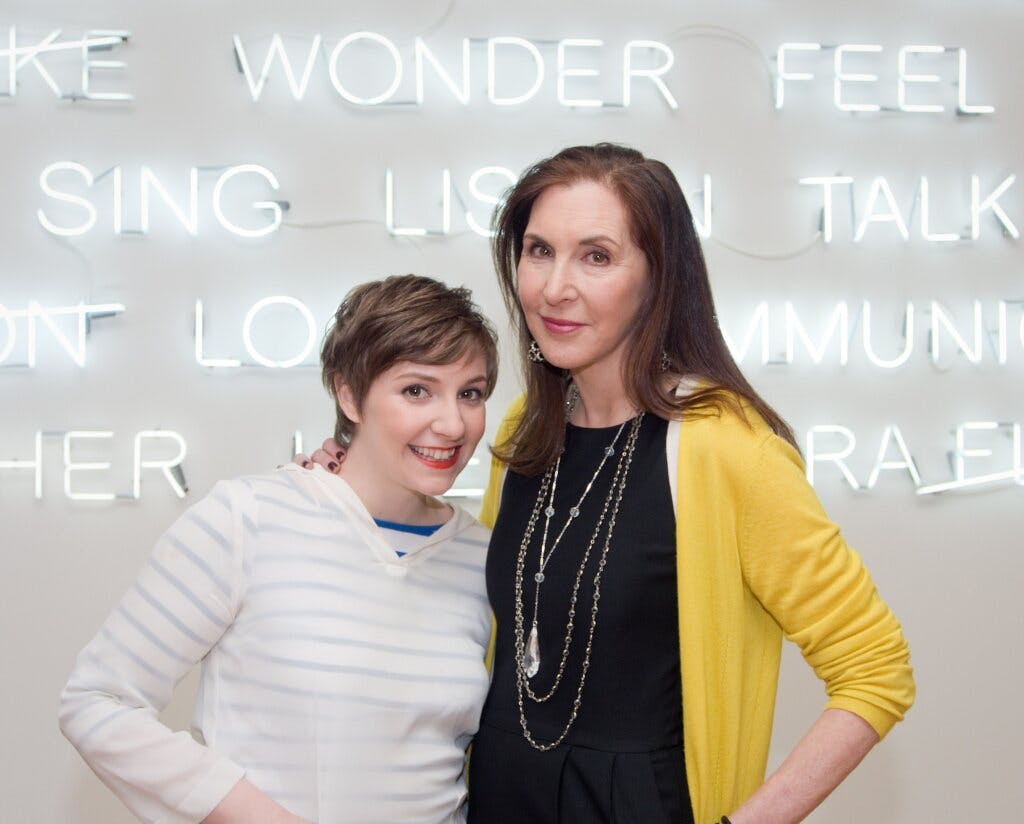 @lenadunham. You are free. Love, MOM

@lenadunham I think I can honestly say he didn’t. Love, MOM 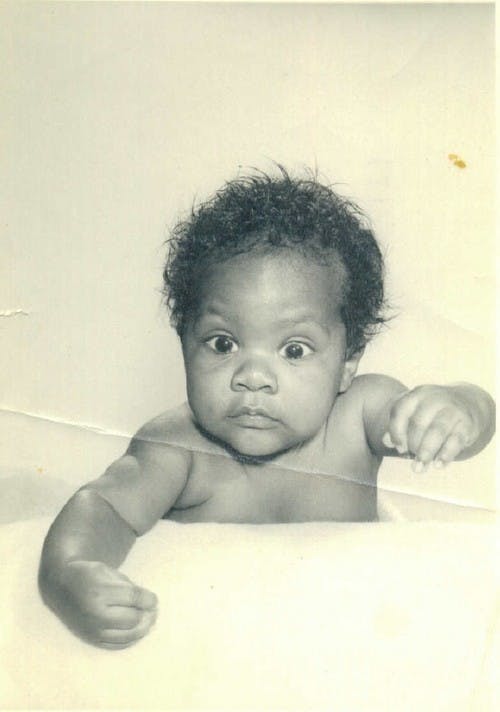 last night a DJ saved my life. Ok, it was really a sandwich maker at publix,but the concept is still solid😜

@DonaldsDad I played a lot of “lost girls” before Community, Mr Glover. :) Whether taken in a broken down tenement or a mansion with a gold toilet, a great shit is a great shit.

Enjoy the limits of my dad, @rantsfromboca‘s boston accent. https://t.co/w1hbXbIx 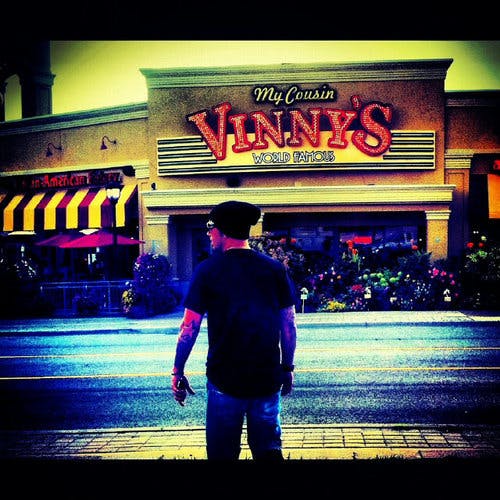 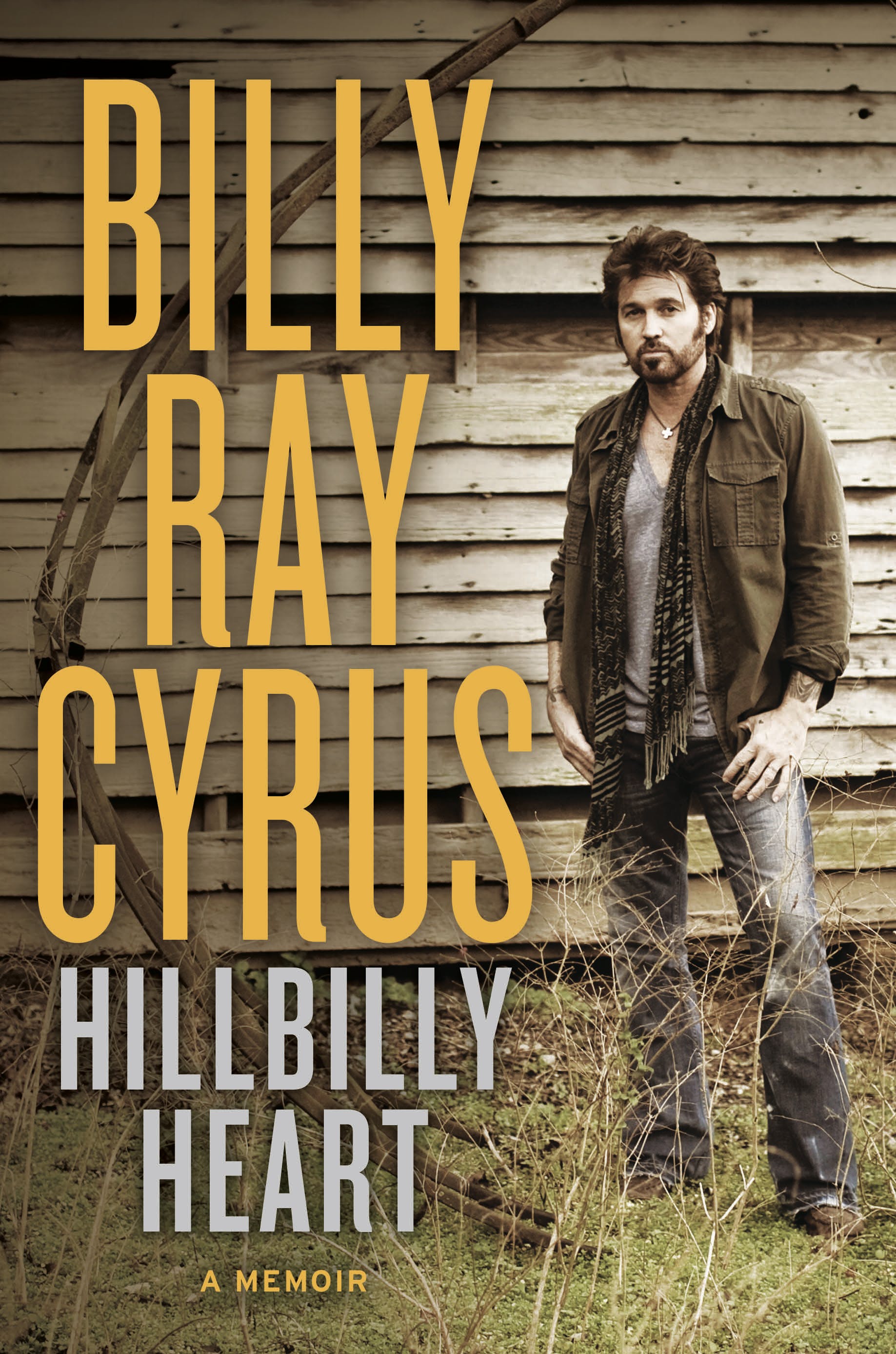 Listenin to my baby @mileycyrus on the radio!! #blessed

Dinner with the most beautiful mommy in the world @tishcyrus ?💣🙏 pic.twitter.com/A7u69KeD5D

@billyraycyrus just found out you’ve been paying for my wifi and phone bill for the past year. Thanks dad! Xo Sissy ?

Also, if you’re looking to kill a few hours doing nothing, pop over to this Twitter feed called “Celeb Parents” and look at pictures of normal people and their famous offspring. It’s weirdly hypnotizing.