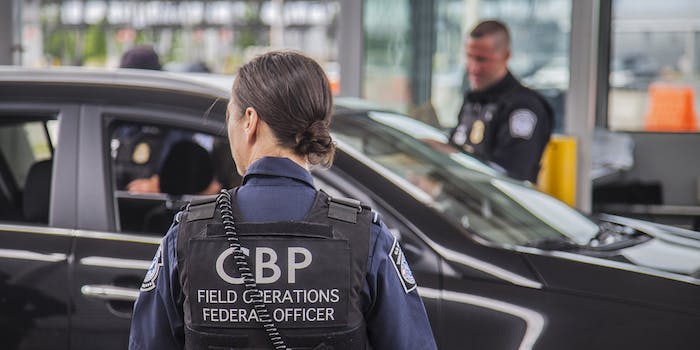 A review by the agency claims that body cameras are a distraction to border-patrol agents.

The federal government’s largest law-enforcement agency is defying a growing trend among state and local police departments and rejecting the use of body cameras after a yearlong review of the technology and its effectiveness.

The review by U.S. Customs and Border Protection, an agency in the Department of Homeland Security, acknowledged that there are many benefits to using body cameras but concluded that further study is required before deploying them across the agency.

CBP tested the cameras in a pilot program with 90 agents. The officials who conducted the review expressed concern about whether the cameras might pose a distraction to agents in the field. They also warned of the cameras’ potential to interfere with intelligence gathering, their significant cost, and the effect they might have on employee morale.

A spokesperson for the National Border Patrol Council, a labor union that represents about 18,000 border patrol agents, said that reviewers also expressed concern that agents’ supervisors would use the footage against them.

“Under the right conditions and with the right policies, [body cameras] can be a valuable tool, but obviously CBP has been unable or unwilling to meet that criteria,” Shawn Moran, a spokesman for the union, told the Associated Press.

CBP Commissioner R. Gil Kerlikowske has yet to sign off on the report’s findings. Chris Rickerd, a policy counsel for the American Civil Liberties Union, said that it would be disappointing if Kerlikowske did so, noting CBP’s record of excessive force violations.

“Many of [those incidents] were recorded by the happenstance of a passerby having a cellphone,” Rickerd said.

The ACLU, which represents many victims of police brutality, is equally determined to defend the privacy rights of police officers, and many of its senior policy analysts have authored opinions to that effect.

“It can be a win-win if a good policy is in place,” Rickerd said, “both to protect law enforcement officers and the public properly. … We don’t think that cameras are meant to record low-level administrative violations.”

A CBP spokesperson declined to comment on whether or when Kerlikowske would approve the report or if he had read it yet.