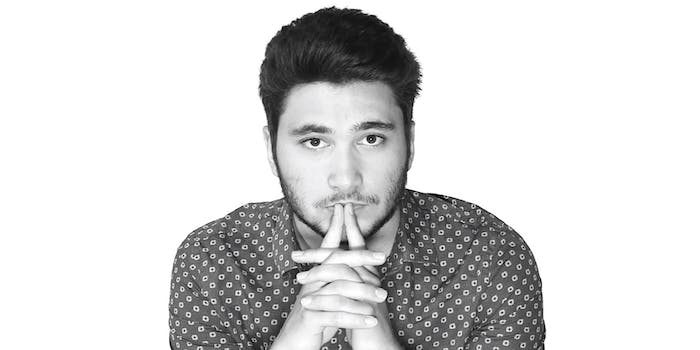 Just wait for the big reveal.

It’s a black-and-white clip, littered with testimonials from a multiracial syndicate of pained, passionate people. One by one, they begin a teary confession.

“I am a little bit nervous about people, um, kind of hearing that I am this way and then thinking, well, ‘she’s not welcome here,'” says a maternal, warm-looking woman.

“I would say I am different. We’re all different,” says a confused youth.

There are tinkling pianos and strings. And then the big reveal, one by one: “I believe marriage is between a man and a woman.”

The video—uploaded to the Catholic Vote YouTube channel on June 25—is not a meta-parody, but it does swiftly borrow from the post-YouTube culture of coming-out videos. It’s self-aware and employs tropes stolen from the first-person stories of isolated teenagers revealing who they are. It ends with “you’re not alone” repeated three times.

The video made the blog circuit this week (it already has a parody) and is an apparent reaction to last week’s U.S. Supreme Court‘s same-sex marriage ruling. A Facebook comment under the clip aims to contextualize the CatholicVote.org participants:

This reminds me of the discussions I’d overhear at the student union building at the private Baptist university I went to. There is this weird “we are being oppressed” mentality and that the whole world is out to get them and should be more tolerant and accommodating of them…

CatholicVote.org is a 501(c)4 grassroots lobbying group tethered to the CatholicVote.org Political Action Committee. The Chicago-based nonprofit advocates for traditionally Catholic principles, and it likewise blogs about the dangers of Caitlyn Jenner. It raised $476,000 during the 2012 campaign, according to PublicIntegrity.orgm, and $293,000 of that money was spent on either pro-Mitt Romney or anti-Barack Obama advertising.

Above all, the organization is a big fan of Glenn Beck.