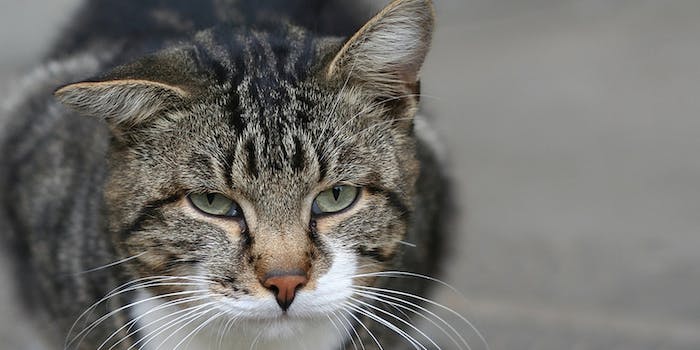 No matter how much it pains them, cat owners will inevitably find themselves separated from their feline companions for a host of reasons—but no more. Allow us to introduce Kittyo, a futuristic pet-management device that was financed several times over by Kickstarter in just a few short days and promises to keep you connected with your favorite furball 24/7. 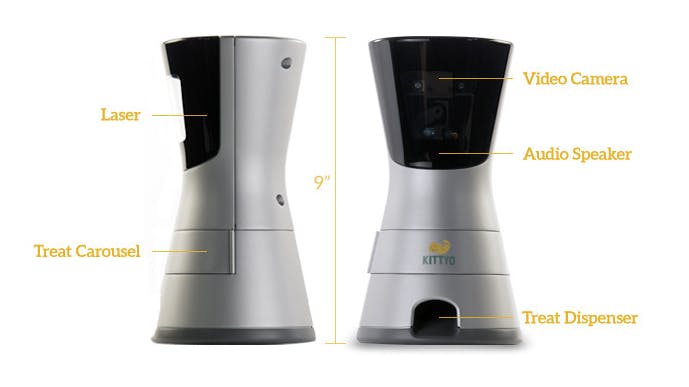 The hourglass-shaped appliance, which can be situated just about anywhere in your home, is controlled via Android or iOS app. No matter where they are, users can speak to their kitties through a microphone, dispense treats, play interesting sounds, record video, and dictate the movements of a laser pointer, always sure to activate those adorable hunting instincts. 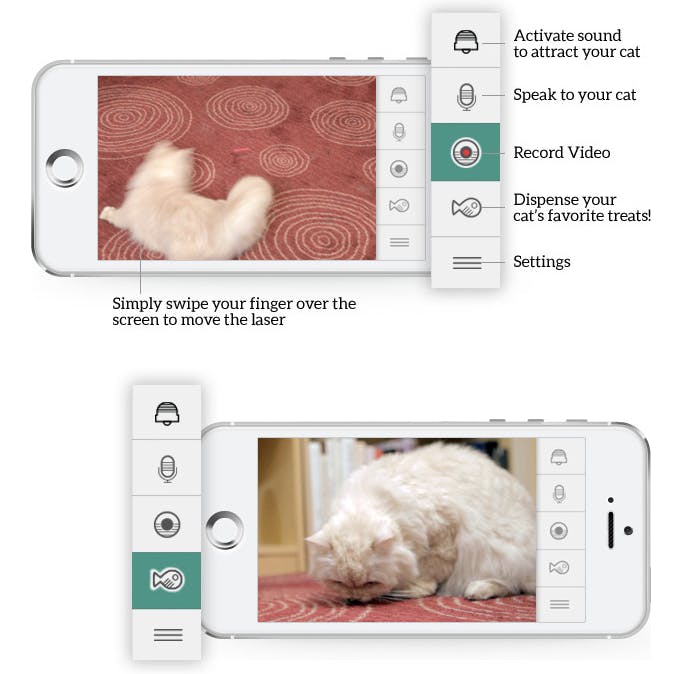 The only problem? Cats barely think of humans as necessary, so extending our affection by digital proxy may convince them that they can do away with us altogether and strike up a symbiotic relationship with the Kittyo itself. If we can build a dog version that makes mail delivery noises and emits the smell of dirty socks, though, I’m all for it.