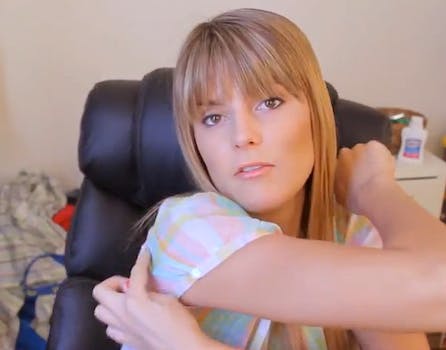 If you weren't already offended by the Casey Anthony verdict, just wait until you see what YouTube has to say about it.

That’s how CamVlog opened up his response to the Casey Anthony murder trial on YouTube. YouTubers have been creating videos about every detail of the trial for months. But following the verdict on July 5, in which Anthony was found not guilty of the murder of her daughter Caylee, the site erupted with response videos, tribute videos to Caylee, and heated debates in the comments section.

The majority of YouTubers seem to believe Casey Anthony is guilty, and expressed themselves through poems, eloquent musings, rants and even failed attempts at comedy.

YouTuber TaxTeaParty wrote and read a short but surprisingly good poem addressed to the jurors:

Metsman98 also wrote a tear-inducing ode from the perspective of the deceased Caylee Anthony.

MrJohnBronx speculated that Casey Anthony will get her own “shitty-ass reality show,” and called Casey Anthony an “evil woman” and “irresponsible party girl.”

Some played the race card, joany93 said: “People of color always want to pull the race card,” and cited people telling her that “because she’s white, that’s how she got away with it”, and that “black women don’t ever kill their children—it’s only white women that do that.”

She countered by arguing that color has nothing to do with it: “That’s a double standard, because in the black community sometimes we say the most racist stuff but we accuse other people of being racist.” joany93 also called out all the Christians who are happy about Casey Anthony burning in hell, observing that “as a Christian you should never want someone to burn in hell”.

YouTuber SCOTTaMINUTE mentioned in his response video that he lives a couple miles from the courthouse and has been “listening” to all the ruckus for three to four years. Coincidentally, he grew up in Buffalo, where OJ Simpson played football, noting that he “had to deal with that whole case during my childhood.”

CamVlog, the chronicler of “America’s obsession,” argued that bringing cameras into the trial didn’t help with the “media feeding frenzy.” He closed his video by telling his viewers “this case has been entirely pointless for everyone watching” because “this case isn’t going to change anything in your lives.”

YouTuber dailygrace reluctantly weighed in after fans requested it via Tumblr, where she also maintains a blog. She managed to produce some memorable quotes: “Who names their daughter Casey and expects her to be a good human?”; “Even Mickey Mouse can’t save that city”; and “Makes all those parents with tiaras on toddlers seem awesome.”

A couple of YouTube commentators were offended by dailygrace’s lackadaisical handling of the issue. In the comments section, courtiepuff launched a war:

“Grace. Why are you being so heartless? Someone has DIED and you make a comedic skit. Yes, I agree that comedy is your specialty. But for once, couldn’t you have made a serious video if you wanted to “review” this? Well. Sorry.. You’re not heartless. I know you’re not. But still. I don’t think it was the right thing to do.”

Agreeing with courtiepuff, missmaggiemay19 commented “If you are going to make a video about something serious…be fucking serious. This is insulting.”

Not everyone has sounded off yet.

YouTube mega-personality Philip DeFranco, also known as sxephil, han’t weighed in on the Casey Anthony trial on his popular daily news show segment, aside from a brief mention Monday.

But given his propensity for posting offensive opinions on the news of the day, courtiepuff and missmaggiemay19 should keep their browsers locked and loaded.