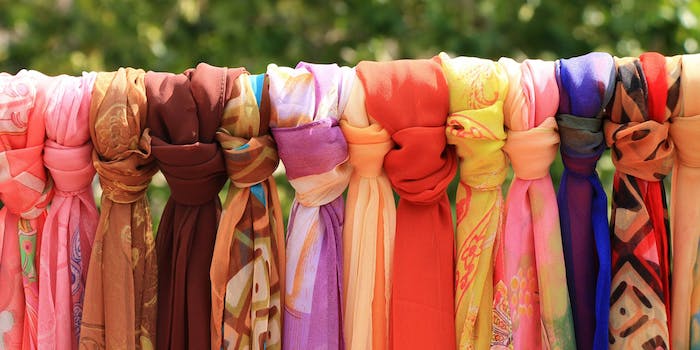 There have been numerous reports of Muslim women having their head coverings snatched.

In the wake of Trump’s election and a campaign filled with hateful rhetoric directed toward Muslims (among many other groups), there have been numerous reports of Muslim women having their head coverings snatched off by Trump supporters. Others have been threatened with violence if they don’t remove the hijab.

So some people are suggesting that, in an act of solidarity, everyone start carrying around extra scarves to give to Muslim women in case of such violence.

If you can, carry extra scarves with you and cover your friends if they ever get their hijab pulled off while walking on the street.

That post on tumblr about what you should do of someone pulls off a persons hijab has really got me thinking I should carry a scarf with me.

It’s incredibly depressing that, by Day 6 in Trump’s America, this is what needs to be considered. Anyway, it’s nice if you want to carry a scarf. Just make sure you also step in and try to stop the harassment too.