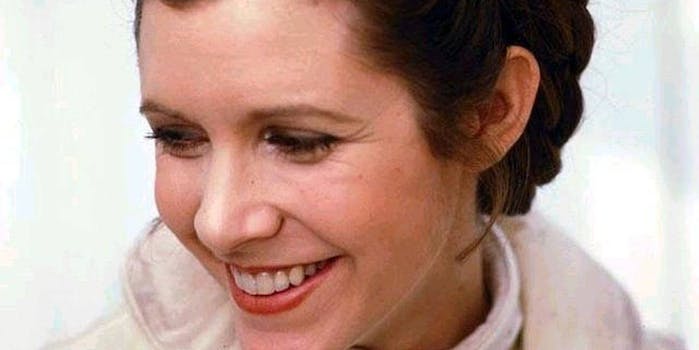 The actress was honest and outspoken about her addiction and bipolar disorder.

Actress Carrie Fisher, who died today after suffering a heart attack over the weekend, will be remembered by many not just for her talents, but for speaking out about her struggles with mental health and addiction at a time when both still carry heavy stigmas.

Carrie Fisher dedicated her platform to mental health awareness & female empowerment. She is a reason + reminder to keep up your fight. RIP

Of ALL the amazing things Carrie Fisher did, and there were a LOT, her mental health advocacy made her a saint. pic.twitter.com/dywrvJIzAq

Fisher addressed her bipolar disorder in her written and stage work, and the ways in which growing up in the spotlight affected her mental health. In her last advice column for the Guardian, she spoke to a reader about his bipolar diagnosis. “We have been given a challenging illness, and there is no other option than to meet those challenges,” she wrote. “That’s why it’s important to find a community – however small – of other bipolar people to share experiences and find comfort in the similarities.”

She also found ways to speak about mental illness with humor in her semi-autobiographical novel Postcards from the Edge and her memoir Wishful Drinking. She wrote that her answering machine message was  “Hello and welcome to Carrie’s voice mail. Due to recent Electro Convulsive Therapy, please pay close attention to the following options. Leave your name, number and a brief history as to how Carrie knows you, and she’ll get back to you if this jogs what’s left of her memory.”

One of the best Carrie Fisher moments ever. pic.twitter.com/kANbzjboup

What resonated so often was that Fisher seemed honest about her struggles, even as they were present. She spoke of how her struggles weren’t a matter of a “cure,” but of an ongoing process of understanding and taking care of herself as best she could, and of the importance of accepting help. “As your bipolar sister, I’ll be watching,” she wrote in her last column. “Now get out there and show me and you what you can do.”