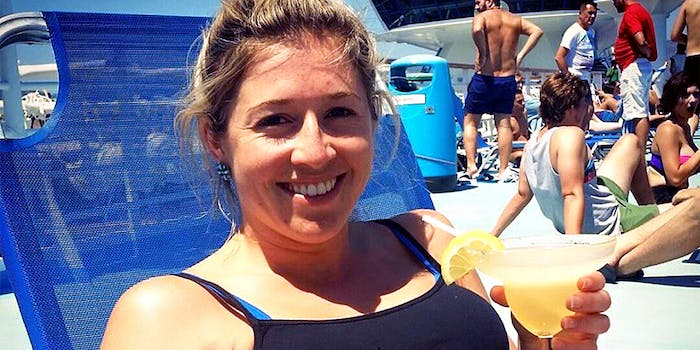 27-year-old Holly Butcher passed away on Jan. 4 from Ewing’s sarcoma, a bone cancer that primarily affects people in their teens. But just one day before Butcher passed, she penned an inspiring letter on Facebook, encouraging others to embrace life and think of each day as “a gift, not a given right”—a last message to the world that has since gone viral.

In her letter, Butcher opens up about accepting her death at 26 years old, and how she wasn’t ready to leave her life behind quite yet. But dealing with cancer made her realize that life is so special that people should put the “small, meaningless stresses in life” behind and focus more on accepting death and making a better life in spite of it.

“Let all that shit go,” Butcher writes. “I swear you will not be thinking of those things when it is your turn to go. It is all SO insignificant when you look at life as a whole.”

Instead, Butcher stresses that every single person has the opportunity to make the minor things feel less important. She encourages others to accept themselves physically and work on finding their “mental, emotional, and spiritual happiness” in life. And when the opportunity arises, she argues giving is one of the greatest things another person can do.

“Give, give, give. It is true that you gain more happiness doing things for others than doing them for yourself,” Butcher explains. “Buy your friend something kind instead of another dress, beauty product or jewelry for that next wedding.”

Oh, and Butcher also encourages others to regularly donate blood. Not just does she think blood donations can help people feel good about themselves, but the process can help save lives. Especially for people dealing with serious illnesses and disorders.

“Blood donation (more bags than I could keep up with counting) helped keep me alive for an extra year—a year I will be forever grateful that I got to spend it here on Earth with my family, friends and dog,” Butcher says, concluding her letter. “A year I had some of the greatest times of my life.”

"Those times you are whinging about ridiculous things, just think about someone who is really facing a problem." Before passing of cancer, this 27 year old woman wrote this: https://t.co/VXdone1kJh #gratitude #perspective #SundayMorning

If you do just one thing today then make sure its reading this https://t.co/OtVQ6sNKWW
Heartbreaking and so very true. Please do not take life for granted. RIP Holly.