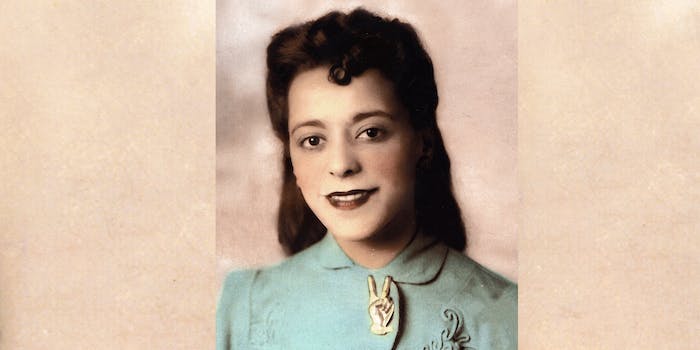 She will be the first woman and first black person on Canada's currency.

Canada is taking steps to honor civil rights icon Viola Desmond by putting her on the $10 bill. Desmond, who sold her own cosmetics across Nova Scotia, became famous by being arrested for sitting in the white section of a segregated theater in 1946. She will be the first black person and the first Candian woman on Canadian currency.

Desmond filed a lawsuit challenging segregation laws, and though it was unsuccessful, it sparked civil rights action. Desmond died in 1965, but was pardoned in 2010 for her conviction of tax evasion (for paying one cent less for a black ticket but sitting in the white section). “Her story will remind all of us, and future generations, that big change can start with small moments of dignity and bravery,” said Canada’s Finance Minister Bill Moreau. Her face will be on the $10 bill once the next series goes into rotation in 2018.

In April, U.S. Treasury Secretary John Lew announced that Harriet Tubman will replace Andrew Jackson on the front of the American $20 bill. The $10 bill will also feature women of the American women’s suffrage movement on the back, and that the back of the $5 bill will have designs with Eleanor Roosevelt, Marian Anderson, and Dr. Martin Luther King Jr. Those designs will go into production in 2020.

Update Dec. 9, 8:40am CT: A previous version of this story stated that Desmond was the “first woman” to be on Canadian money, but she is the first Canadian woman. The queen of England and few members of the royal family have appeared on Canadian currency in the past. We regret the error.