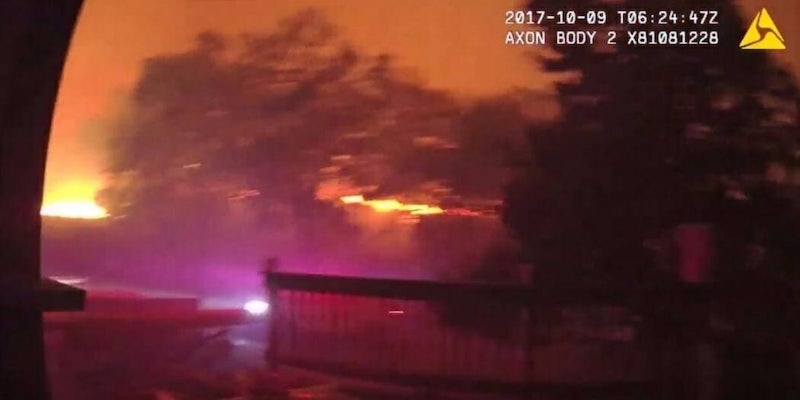 This bodycam footage shows the California wildfires are a hellscape

Watch this officer try to evacuate a disabled woman.

The California wildfires that are devastating the northern part of the state have killed dozens.

The stories of residents losing their homes are devastating, but for people who have never been affected by an out-of-control fire, it might be hard to visualize. Now, the Sonoma, California Sheriff has released body camera footage to show the hellacious scene.

It is intense and disturbing as this officer goes door-to-door to get residents out of the area.

According to CNN, the video showed one of 15 deputies who were dispatched to prod people to evacuate their homes.

“The video really tells the story of how dangerous and how difficult the event was,” Sonoma County Sheriff Rob Giordano said Friday. “It is not over. Stay away from the houses and understand the severity of what this fire can do.”