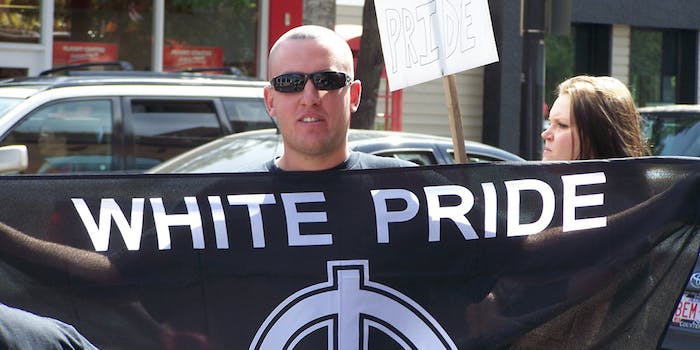 Authorities have denied the claims.

Police in California worked with neo-Nazis to identify counter-protesters with “anti-racist” beliefs while investigating a white nationalist event that took place last year in Sacramento, according to a new report.

Court documents reportedly show that officers expressed sympathy with white supremacists, the Guardian reports. Three anti-fascist protesters were charged with felonies as a result of the rally.

The defendants have asked a judge to dismiss the case and said California law enforcement worked to create a “cover-up and collusion with the fascist,” according to the news outlet.

“The people who were victimized by the Nazis were then victimized by the police and the district attorneys,” Yvette Felarca, a Berkeley teacher and anti-fascist organizer who was charged after the rally, told the news outlet.

The deputy district attorney general prosecuting the case denied the claims when contacted by the Guardian and pointed to charges they made against a member of the Traditionalist Workers Party, a neo-Nazi group that organized the rally.

The records also show that investigators worked with several Traditional Workers Party neo-Nazis and treated them as victims—including telling them that they would try to “hold… or redact” the name of an organizer in public information requests and recommending a counter-protester, who was stabbed at the rally, be charged with 11 offenses.

White supremacist murders more than doubled in 2017, according to a report by the Anti-Defamation League’s Center on Extremism.

You can read the Guardian‘s story here.