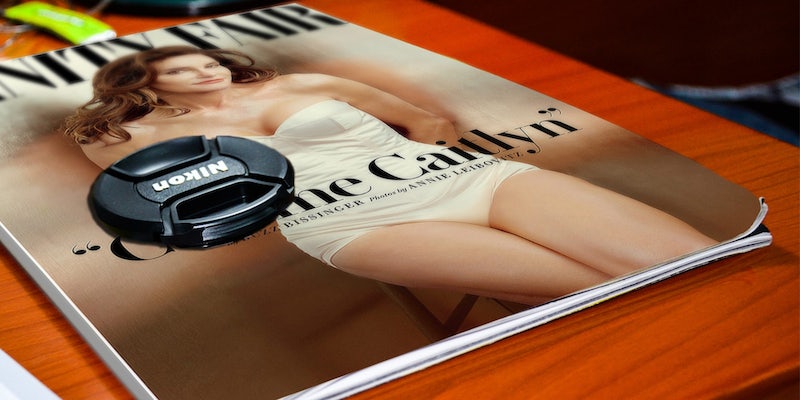 'Caitlyn doesn't have any secrets.'

Retired Olympian and former Keeping Up With the Kardashians star Caitlyn Jenner is now asking the world to #CallMeCaitlyn, revealing a stunning transformation in a July photo spread revealed today on the Vanity Fair website.

“I’m not doing this to be interesting. I’m doing this to live.” #CallMeCaitlyn https://t.co/Mwfy5PkjTp pic.twitter.com/V2NmSJG2eV

“Bruce always had to tell a lie,” said Jenner in a Vanity Fair video accompanying the reveal. “He was always living that lie. Every day you always had a secret, from morning till night. Caitlyn doesn’t have any secrets. Soon as the Vanity Fair cover comes out, I’m free.”

The photos, shot by Annie Leibovitz, show Jenner in a glamorous new lingerie-clad light, in which a jaw-dropping resemblance to actress Jessica Lange is clear.

Jenner, who came out publicly as trans this April after years of invasive tabloid speculation, had said she would continue to use male pronouns. As of today, she appears to be using female pronouns and the name Caitlyn exclusively.

“The last few days, in doing this shoot, was about my life and who I am as a person,” Jenner said in the video. “It’s not about the fanfare, it’s not about people cheering in the stadium, it’s not about going down the street and everybody giving you a ‘Thatta boy, Bruce’ pat on the back, OK? This is about your life.”

The full interview is available online to subscribers only, but the July issue will be on stands this month. In the meantime, Twitter is abuzz with congratulations, complaints of media misgendering, and jokes about the lack of the famous Kardashian “K” in Jenner’s new name.

And yes, the ultimate form of shade is not spelling Caitlyn with the requisite family "K." #CallMeCaitlyn