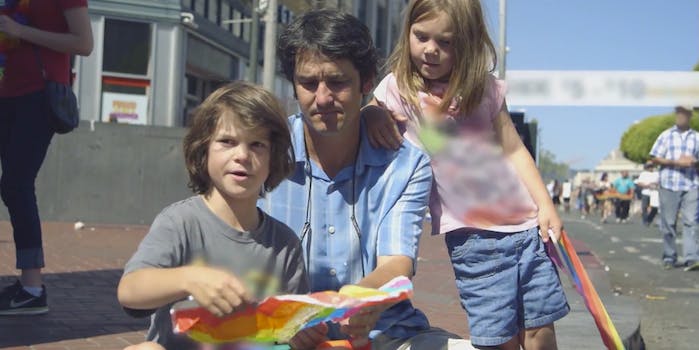 Burger King showed its true colors during this year’s Pride.

Customers who visited a Burger King during Sunday’s Pride parade in San Francisco found that the fast food chain was offering a new item on the menu called the Proud Whopper. Naturally, people asked about what was different about a Proud Whopper from the regular one, but the cashiers just shrugged and offered an “I don’t know.”

Once customers purchased the Proud Whopper and opened it, they found a heartwarming message inside the rainbow-colored wrapper.

It wasn’t a message everyone in the video supported, but for at least one woman, the small gesture was enough to bring her to tears.

“As a brand, we welcome everyone,” Fernando Machado, a senior vice president of global branding, told Time. “We felt that [the Proud Whopper] could bring to life a message of equality, self-expression, authenticity and just being who you are.”

Burger King’s support of the LGBT community comes as a stark contrast to fast food competitor Chick-fil-A after CEO Dan Cathy came out as a supporter of traditional marriage two years ago.