'Go down on me while praising my accomplishments in detail, and we'll talk about a second date.'

Many women struggle with how to get men to ask about their lives on dating apps—and not just comment on their bodies. The trick, apparently, is to make asking about your accomplishments a requisite for sex.

Digital Strategist Tess Kaytmaz was fed up with matches who only commented on her looks and barely read her profile, which she described to the Daily Dot  as “basic information about me and my dog.” Then, her comedian friend Jamie Loftus (who once sold Shrek nudes for Planned Parenthood) posted a joking Facebook status: “Go down on me while praising my accomplishments in detail and we’ll talk about a second date.”

“I thought, ‘This needs to be my Bumble bio,'” said Kaytmaz.

Remarkably, almost as soon as she changed her bio, men started asking about her accomplishments. 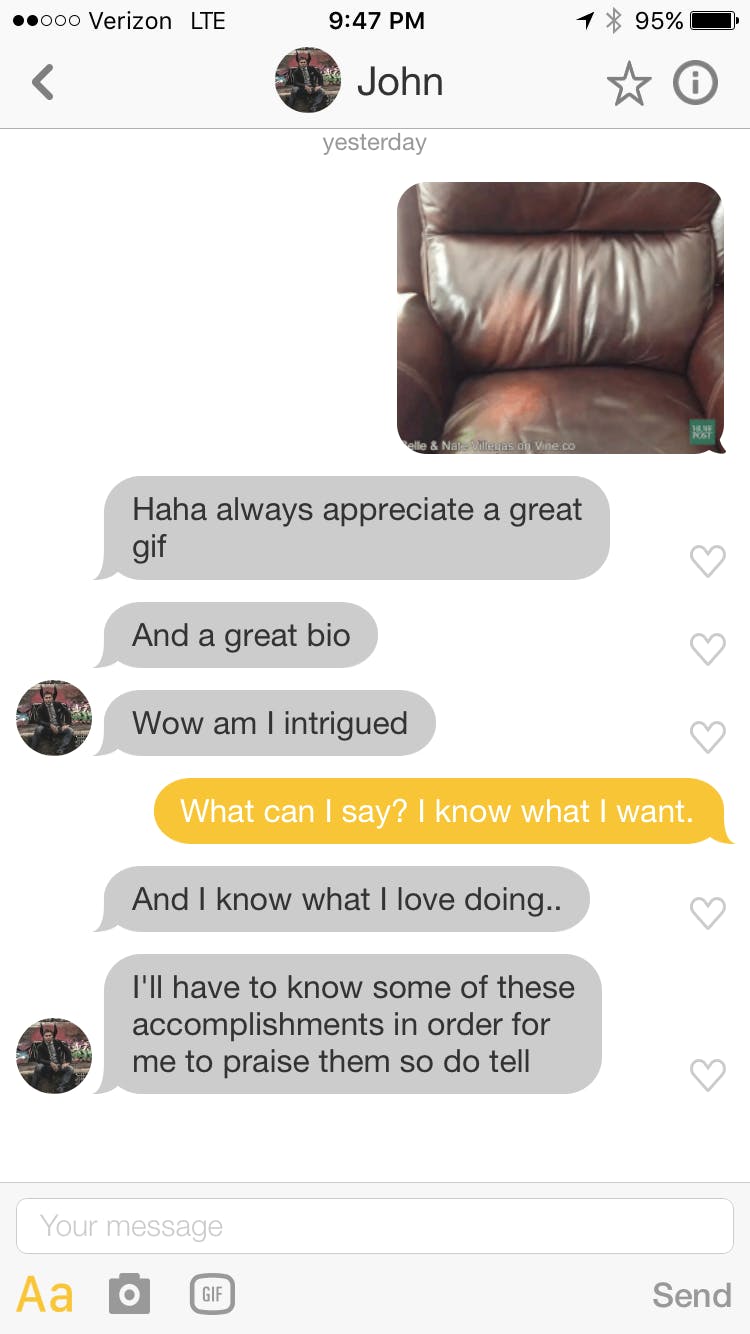 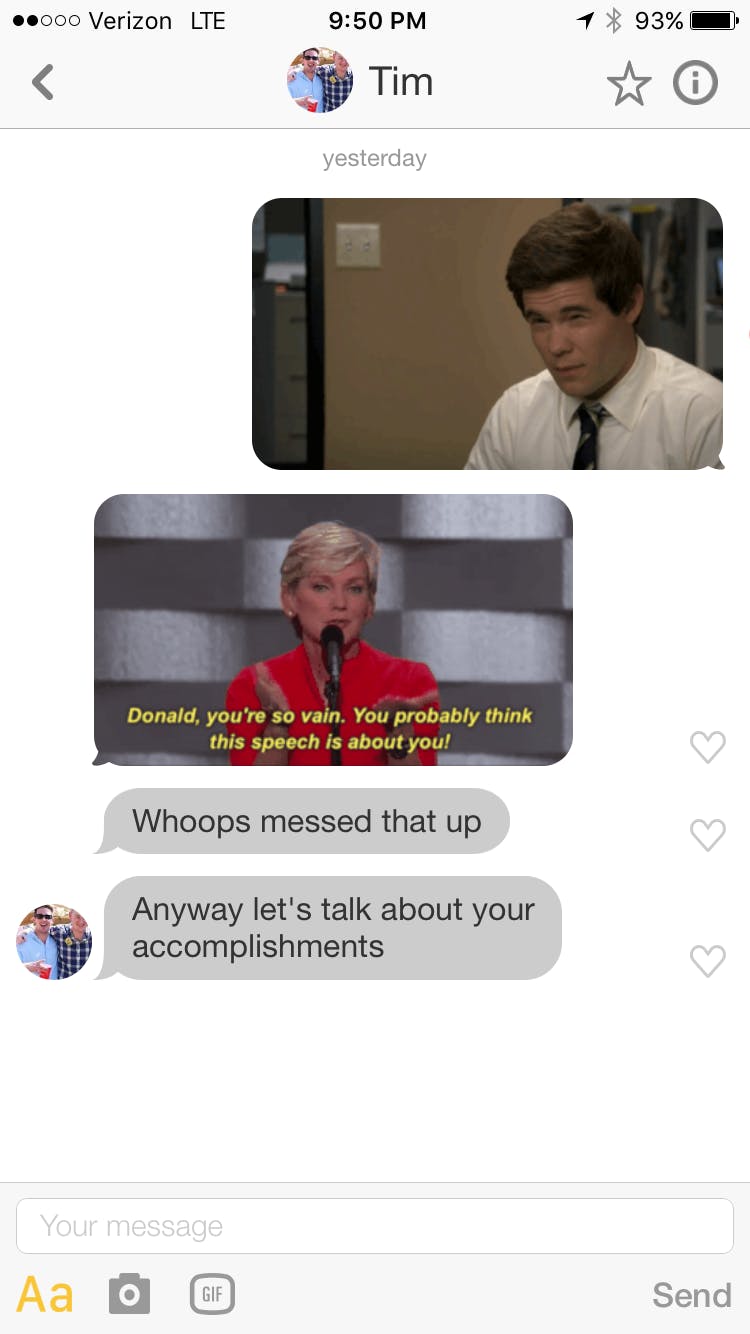 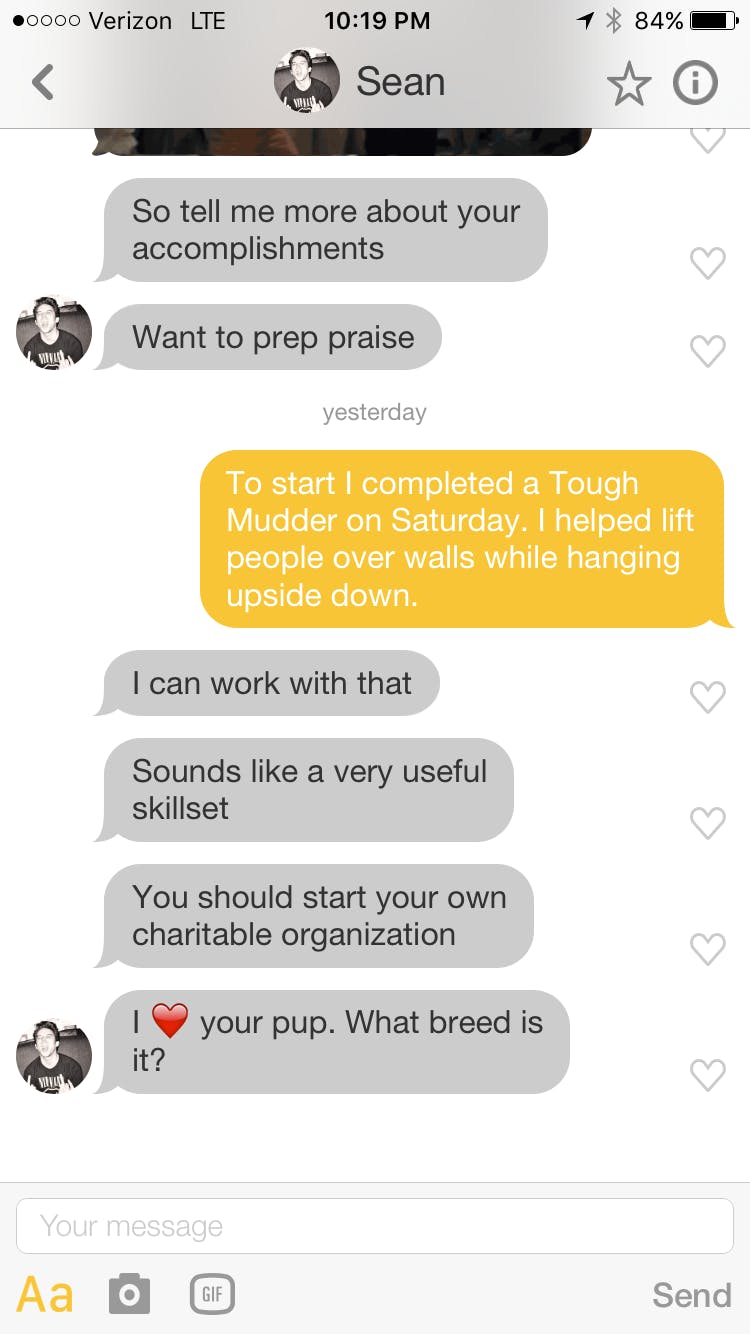 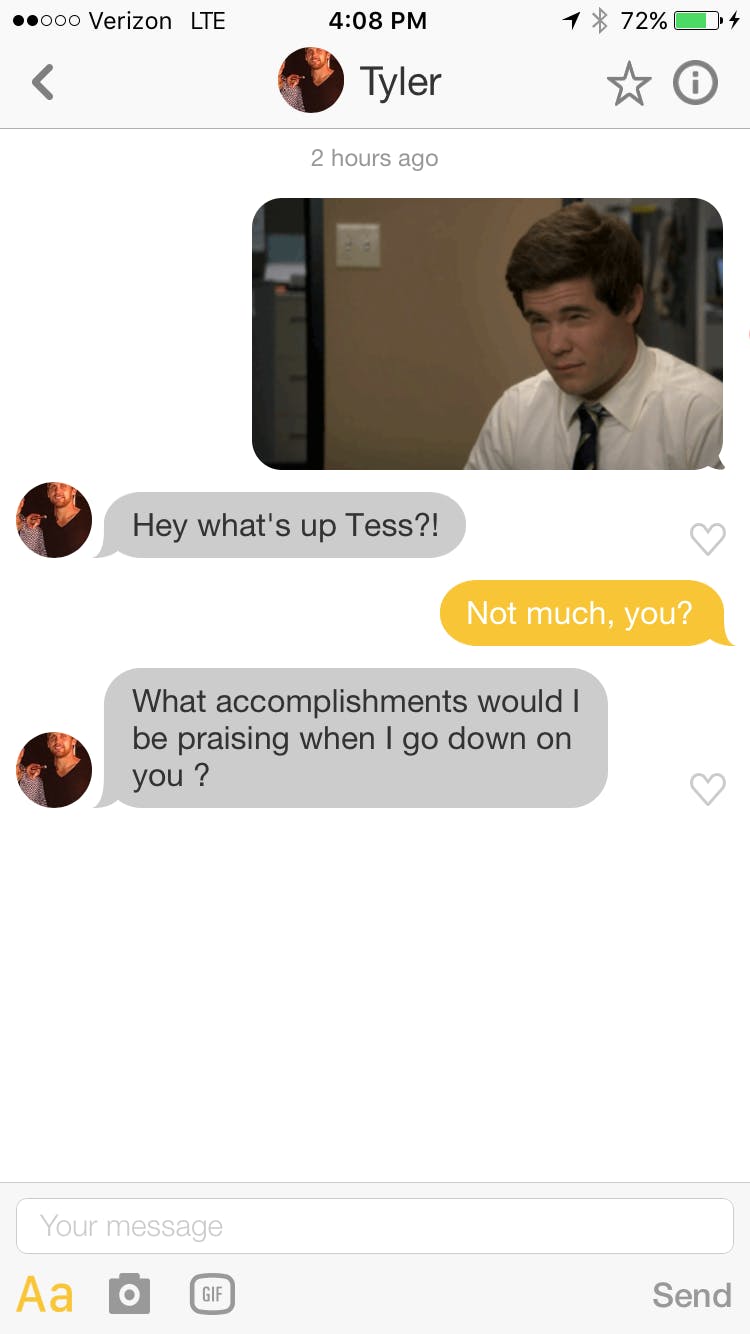 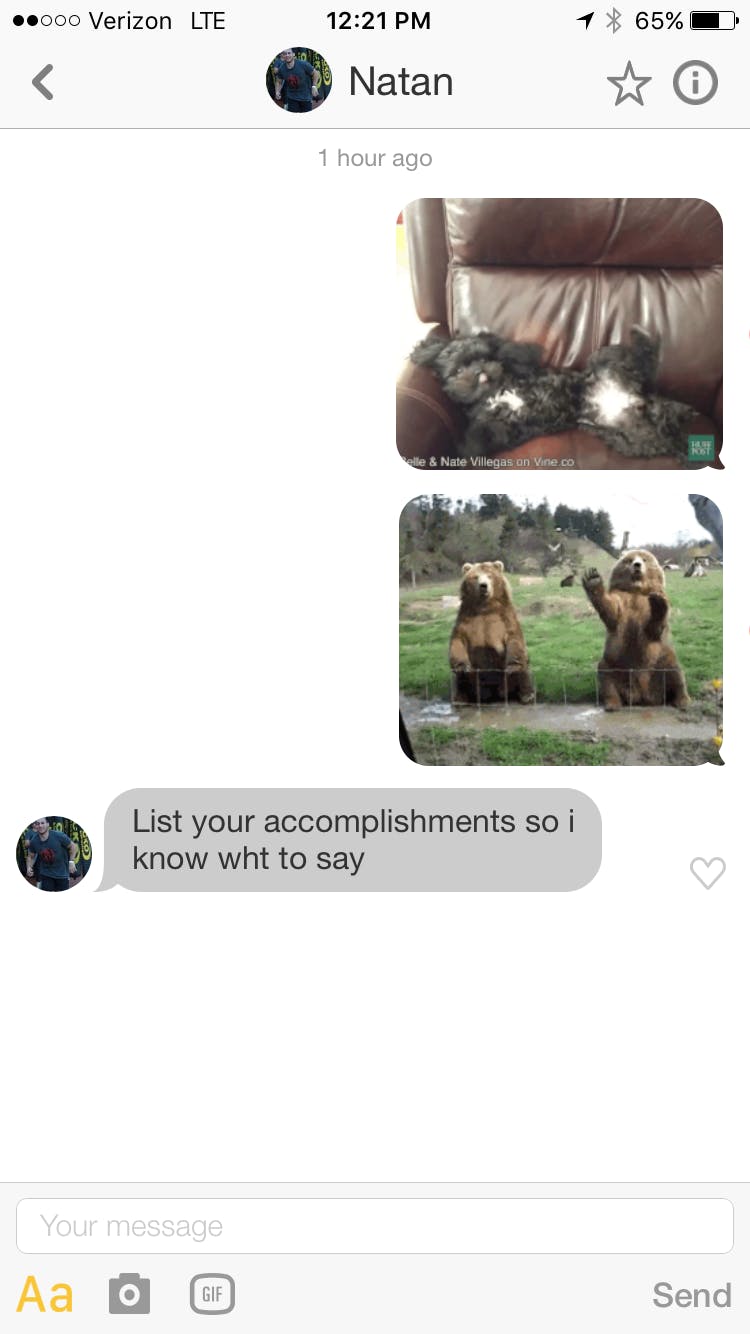 “I’ve been enjoying guys actually messaging me, asking me about my accomplishments, instead of, like, ‘nice smile, nice body’ and all those weird come-ons,” Kaytmaz said. She says she starts with her athletic accomplishments, mentioning how much she can lift, and a Tough Mudder run she completed. She explains they were the things she was proudest of recently, and it also helped to “weed out the men who would be intimidated by a strong woman.”

When asked if it bothers her that it took the direct prospect of oral sex to make men ask about her life, she said, “It’s kind of uplifting, because I get to list my own accomplishments.” When dating, women are often warned against intimidating men or bragging about themselves. Now, says Kaytmaz, she doesn’t have to “diminish” anything about herself. “They asked my accomplishments, and I can say it with confidence and assuredness.”

Kaytmaz wound up getting 50 matches in one day after changing her bio, but not every guy was into it. “Some men immediately started talking about their great oral skills instead of asking what accomplishments they should be praising me for. Some men just stopped talking after I would tell them an accomplishment.” However, the men who did ask her about her accomplishments were mostly quality, and she has a date lined up for this week.

If anything, Kaytmaz’s adventure highlights the power of being straightforward in online dating, something that doesn’t come naturally in a culture where flirtation is all about the coded message. But take note, guys: You shouldn’t need the promise of a hookup to ask women about their actual lives.