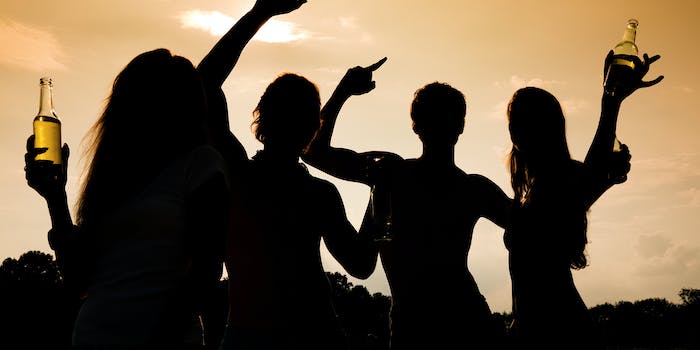 The reports have not been verified.

According to an editorial in the Yucatán Times, American college students on spring break in Cancún initiated a chant of “Build that wall,” a reference to President Donald Trump‘s Mexican border wall plan.

The article stems from a Facebook post by Anaximandro Amable Burga, who claimed he witnessed the behavior while on a pirate-themed cruise with his wife. Here’s the text of the original post, translated:

As some of you, my friends, you will have seen, today I was with Sully, my wife (from Mexico) in a show on the sea of Cancun aboard a galley. Most cool. At the end of everything, a flock of Americans (it is not known whether drunk or in ” full ” use of their faculties) started to sing a fool, I was throwing up like this: ” build the wall ” (” build the wall “)…

Now, I have always been tolerant of the countries of the world and I wanted to believe the stupidity and ignorance, cross over, is characteristic of a small group of people. Especially on this subject, and even more having such great family and friends who live in the United States and I see that is proud of the country to which he migrated -, I’ve always wanted to stay out of the discussion. But there are things that one can’t be tolerant, as is the speech that incites hatred or, worse, hate asshole-as they say Mexicans -, I mean, I hate the rough stuff.

As stunning and shocking as that sounds—people leading a chant against the country they are guests in—almost no behavior is out of the realm of spring breakers.

Cancún is a popular destination for U.S. college students, but the Yucatán Times made it clear that the province would be less receptive to them if behaviors like this continued.

This is just one of the many blameworthy behaviors that young spring breakers have shown recently in Cancun and that are described as acts of xenophobia and discrimination against Mexicans within their own country, which is (or should be) totally unacceptable.

This situation is far from being an isolated incident, and it adds to the growing number of complaints from tourism sector workers, who point out that in recent days many Spring Breakers have been offensive, rude and haughty towards Mexican people.

No video of the purported incident has been reported.