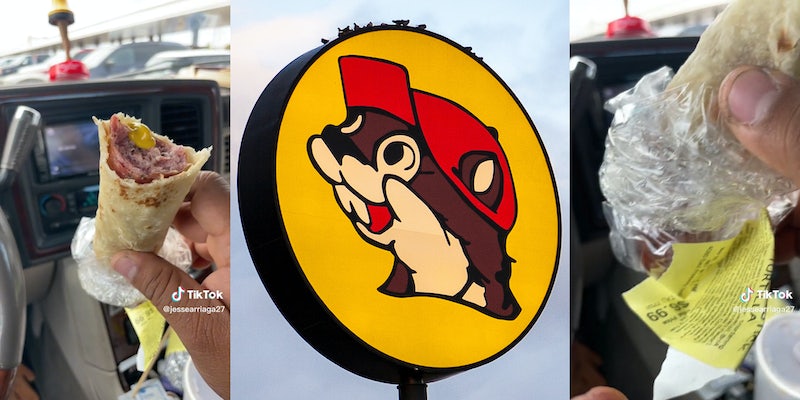 On a recent trip to Buc-ee’s, TikTok user Jesse (@jessearriaga27) picked up what he thought would be a tasty snack: a “sausage on a stick with tortilla.”

Not noticing the price, he bought the item, only realizing later that the “sausage in a tortilla” was nearly $7.

Jesse later posted a video of the purchase on TikTok, where it rapidly accumulated over 670,000 views.

Users on TikTok were flummoxed by the high price.

“Hell no,” one user stated. “For that price you should just bought the ingredients and made enough for the month.”

“Yes! omgosh! you really have to watch the prices there,” a second shared. “I love buc-ees but they are ridiculous.”

“Mannn I remember when these were $3! Crazy!!” another exclaimed.

There is evidence around the internet that the $7 price tag is a relatively new development.

In 2019, a food blogger named J. James Scott documented a trip to Buc-ee’s during which he purchased one of the sausages in a tortilla. The listed price was $2.99.

Today, around $7 is a relatively normal price for the dish. A post on the subreddit /r/ShittyFoodPorn from earlier this year showed another “sausage on a stick with tortilla.” The listed price is $6.49. A YouTube video from June of this year lists the same price.

Back on TikTok, users said that, while Buc-ee’s had high-quality goods, the price can occasionally be too high to handle.

“We always stop at Bucees when we RV up that way.I bought a pizza b4 we left last time because I wasn’t paying 14$ for 2 sandwiches. It’s insane,” a second added.

As one user summed it up, “We told y’all Buc-ees was nice. We didn’t say the prices were…”