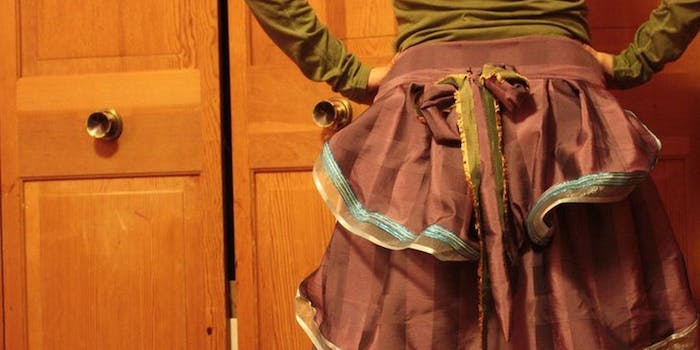 Dude-owned women’s blog Bustle.com is off to a rough start

Heads up, media entrepreneurs: The next time you announce your $6.5 million website launch, you might want to make sure it’s not a generic website with thoroughly well-trodden content that targets a demographic you’re not in.

You’d think this would be a basic rule of thumb for anyone, but it’s one that Bustle.com owner Bryan Goldberg is learning the hard way after his announcement of the site’s launch went over like a potato bomb.

In a Tuesday blog post, Goldberg claimed that “with few exceptions (Jezebel, Refinery29, and PopSugar come to mind), the number of high-revenue publications aimed at women is much smaller” than those aimed at men.

A quick Google search would disprove this statement, as Amanda Hess notes in a Slate article titled, brilliantly, “Man Creates Very First Website for Women Ever.” There are many many more “high-revenue publications aimed at women.”

Many readers were even more baffled by Goldberg’s suggestion that an ideal woman’s mag might “offer career advice and book reviews, while also reporting on fashion trends and popular memes,” something that popular websites like Jezebel, the Mary Sue, the Hairpin, Hypable, Crushable, the Verge, xoJane, the Pioneer Woman, Reductress, and AfterEllen might all be surprised to learn that they don’t already do.

But their readers were even more incensed, and hundreds of them, including several noted female journalists and heads of their own websites, flooded the comments of Goldberg’s post to tell him so. Goldberg then got defensive, commenting that most of the “bloggers” dismissing him were probably “inclined to dislike Bustle because the founder was a man.”

But according to detractors, it wasn’t Goldberg’s gender that was the kicker, but rather the condescension and the dismissiveness on display, coupled with the fact that the actual content of Bustle.com is nothing original.

“I do take issue with your framing of [Bustle’s] vision as new and groundbreaking,” journalist and TheLi.st cofounder Rachel Sklar commented. “[T]o say that betrays either a lack of familiarity with the space or a dismissiveness of those who have come before you in building it.”

Meanwhile, Twitter had a field day, cracking jokes about “how to ‘Bustle’ a post.” You just add mansplaining.