If this story fails to inspire you, you have no heart.

Last year, Loveland, Colo., dog Brutus the Rottweiler was a quadruple amputee. But thanks to a local group that makes prosthetic limbs for animals, Brutus now has four robotic legs, allowing him to run and play with other dogs and his trainer, Laura Aquilina.

“He just has these little peg legs to get around on and he does a pretty good job inside the home,” Aquilina told Fox 31 Denver. 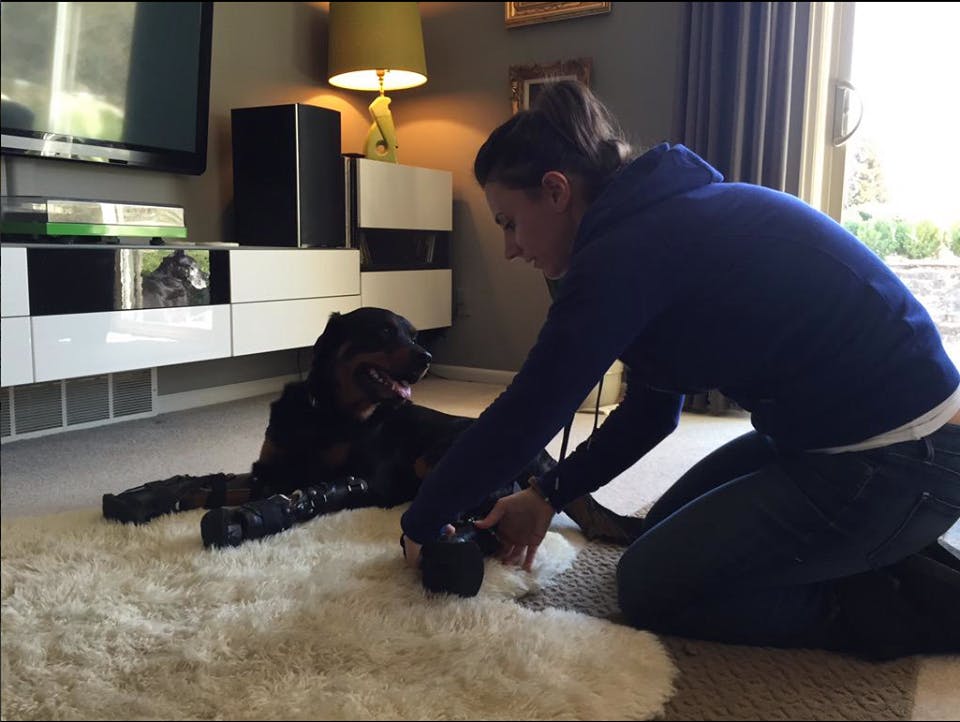 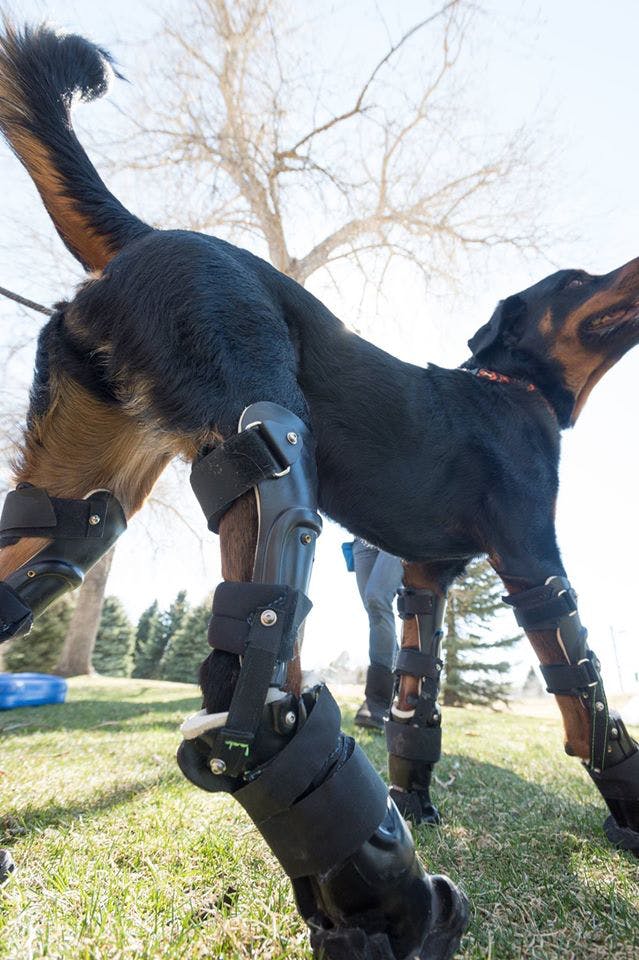 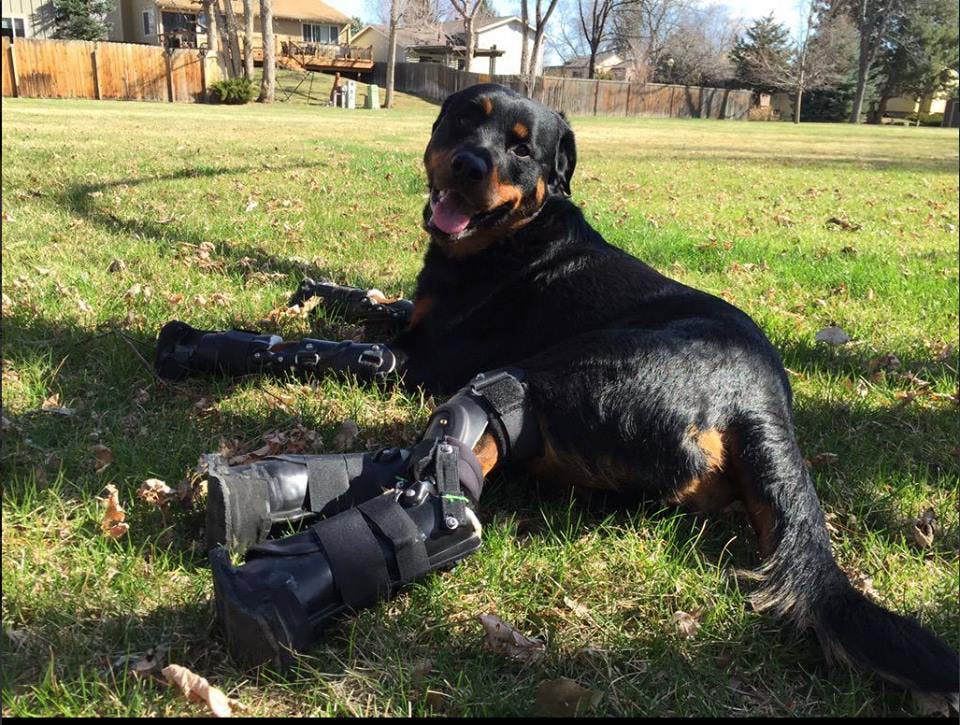 The 2-year-old dog became a quadruple amputee as a puppy after he got frostbite on all four of his paws. His previous owners decided to amputate his legs, rendering him unable to walk.

The Denver-based organization OrthoPets made Brutus his rear and front prosthetics, delivering both to him six weeks apart. Although he’s having some difficulty walking around on them, he’s not having any trouble stealing our hearts.

“Brutus is an amazing case of a beautiful dog who was dealt a short hand,” the founder of OrthoPets told Fox31.

Or four short paws, as the case may be.