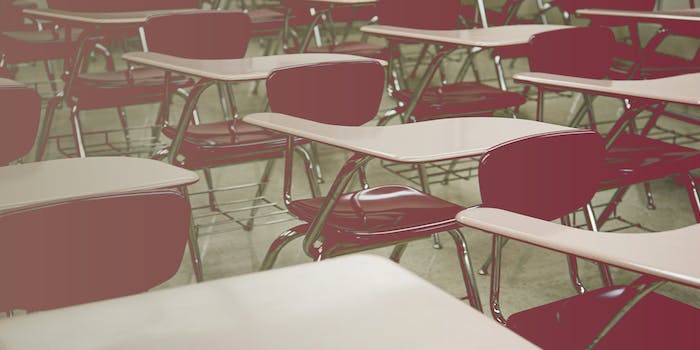 Mississippi school ordered to desegregate 62 years after Brown v. Board

The decision comes on the anniversary of the historic ruling.

In the days leading up to the 62nd anniversary of the Brown v. Board of Education decision, a federal judge ordered the Cleveland School District in Mississippi to desegregate. The ruling comes after a 50-year court battle in which the district argued that forced desegregation would trigger white flight.

According to the Washington Post, the district “put forth two alternative plans that would have kept the two high schools open, relying on choice and magnet programs to try to create diversity.” But those plans were determined to be unconstitutional.

In a press release, the U.S. Justice Department noted:

The ruling follows years of collaborative work with the local community and private plaintiffs in this case. Community members—from parents and faith leaders, to former teachers and coaches—testified in court in 2012 and 2015. They described the stigma long associated with the district’s black schools and the sense among black children in the community that white children attended better schools. During last May’s hearing, they testified that consolidation was the only way to bridge the divide and expressed a willingness to take the steps, however difficult, to secure equal educational opportunities for their children and grandchildren. Parents of all racial backgrounds testified that they want their children to learn in a diverse environment to prepare them to encounter the world today.

To commemorate the decision and the historic anniversary, people took to Twitter to express their opinions about the legacy of Brown v. Board of Education.

On this day in 1954, #BrownVBoard was decided. It's heartbreaking that there is increasing school segregation by race and poverty today.

But the battle might not be over yet. The Clarion-Ledger also notes, “Holmes Adams, attorney for the Bolivar County Board of Education [which oversees the Cleveland district], said Monday the board is still reviewing the opinion. He said the board will make a decision on whether to appeal after fully digesting the 96-page opinion.”