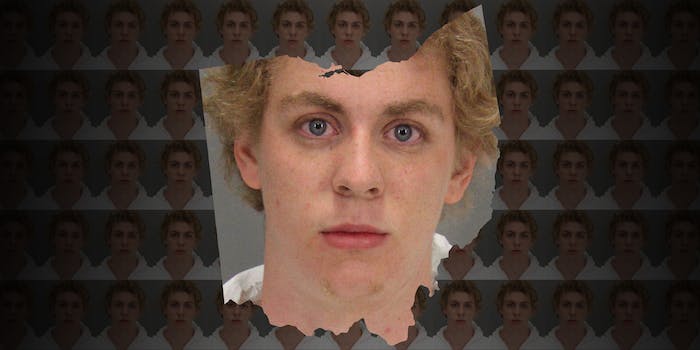 Brock Turner registers as a sex offender in Ohio

The convicted rapist will now have to register in whatever state he calls home.

Convicted rapist Brock Allen Turner registered as a sex offender in his home state of Ohio today. The disgraced ex-Stanford swimmer, who was convicted in March of raping an unconscious woman behind a dumpster, was released from jail on Friday after serving three months of a six-month sentence.

Images of Turner at the Green County Sheriff’s Office surfaced on social media this morning.

Brock Turner has arrived at the Greene Co Sheriff's office to register as a sex offender. @ABC22FOX45 pic.twitter.com/pk172cg6O5

Protesters had also lined up outside of his childhood home over the weekend.

As a condition of his sentence, Turner will be required to register as a sex offender in whatever state he resides in. Additionally, Turner is on probation for three years and will enter sex offender management for at least one year.