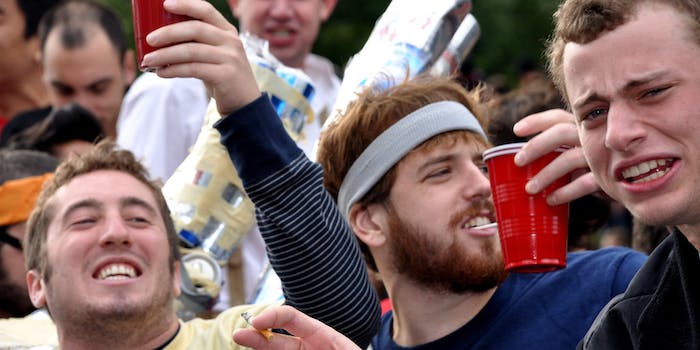 This dude was nervous about coming out. But his best friend responded in the best way possible.

Here’s a screengrab of the text Redditor ecg006 sent to his BFF, after a one-night stand with a male TA: 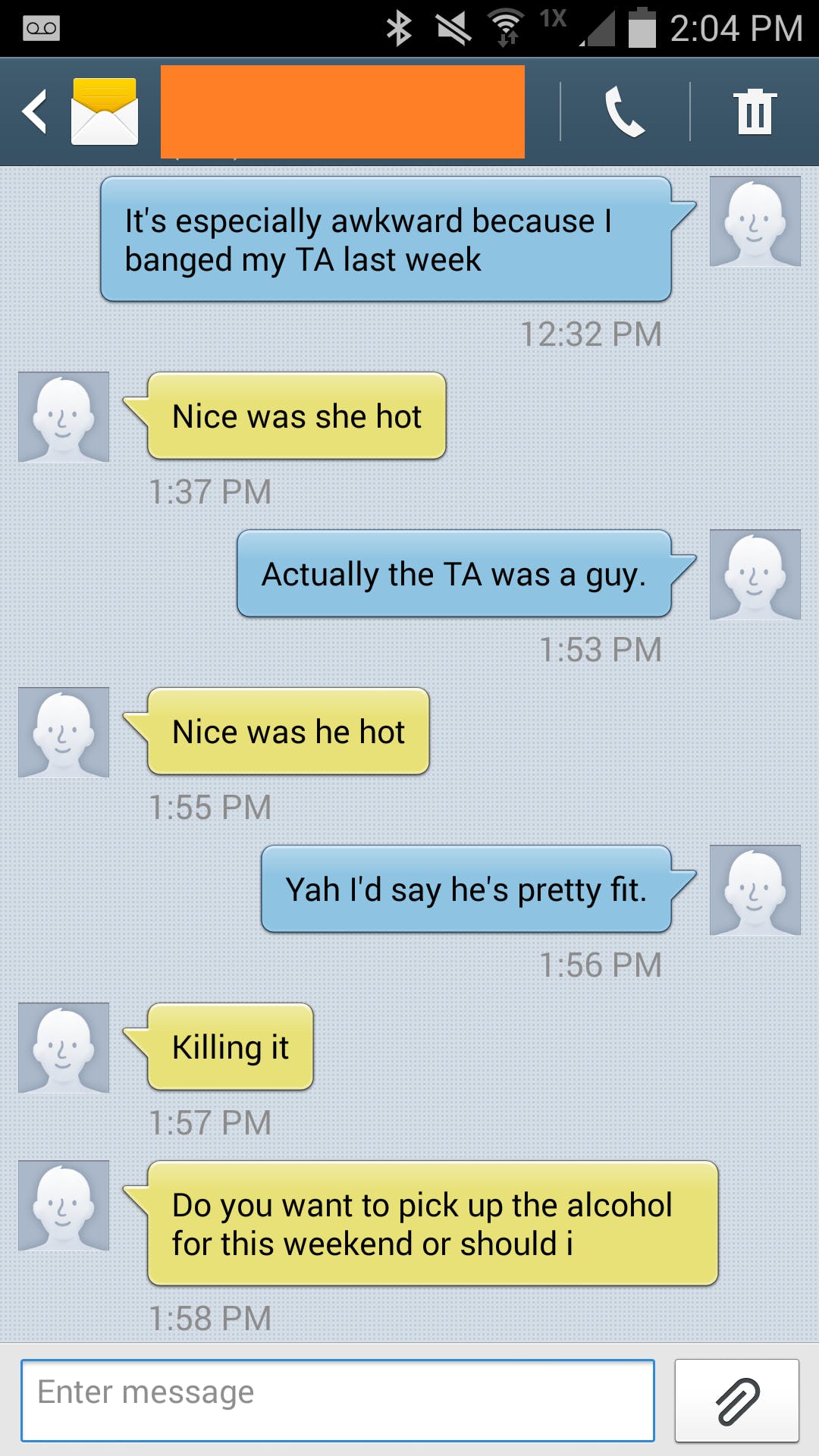 See, when potential employers talk about how they’re looking for people with the ability to prioritize important tasks, this guy is exactly who they’re talking about. Hire this man, college headhunters. He knows how to focus on the important issues at hand.

In the comments for the Reddit thread, the original poster admits that he was anxious about coming out to his friend via text.

“Right after I sent the message saying I liked guys, I started freaking out, thinking, ‘Oh my God, why did I do that? What’s he gonna think?’ and I wondered if he’d act weird,” he wrote. “And then he literally responded a minute later in the most nonchalant way possible, making me feel ridiculous for almost freaking out in the first place. Huge relief.”

Here’s hoping other bros will have as easy a time coming out as this one did. Now to resolve one final, unanswered question: Did these guys ever figure out which one of them is picking up alcohol for the weekend?