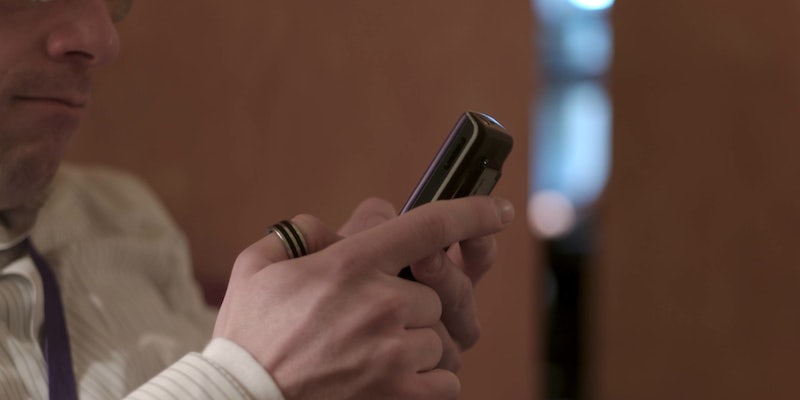 Survey: 5 percent of Brits use Facebook while having sex

The old adage goes that when Brits have sex, they lie back and think of England. But with the advent of mobile technology, it turns out they’re thinking about something else, too: whether they’ve gotten any likes on their album of vacation photos.

According to a survey from the condom manufacturer Durex, 5 percent of United Kingdom residents check Facebook during sex, Metro U.K. reports. An additional 15 percent also said they would answer their phones or check their text messages during intercourse (which is somehow slightly less offensive than using social media during sex, but I imagine just as gymnastically problematic).

Interestingly, the study found that Londoners were more likely to check their texts during sex than those living outside the nation’s capital. Males were also twice as likely to report that they used social media or checked their texts during intercourse than women were. Hear that, ladies? We actually care more about having sex than men do. Suck it, gender difference comedians!

The Durex study, which polled 2,000 residents of the United Kingdom, attempted to determine whether technology had an adverse effect on Britons’ sex lives. The results pretty clearly indicated that it does: 30 percent of respondents reported that their partners had been distracted by their mobile devices during sex, and 60 percent said they spend more time playing with technology in bed than they do focusing on their partners.

While the study’s methodology is by no means scientific, its findings aren’t exactly surprising: You don’t need to have seen Her to know that tech is increasingly finding its way into our bedrooms. But until the day that we can actually form romantic relationships with our iOS voice assistants, it’s probably best to just log off Twitter, turn off the iPhones, and shift our focus to our human partners instead.