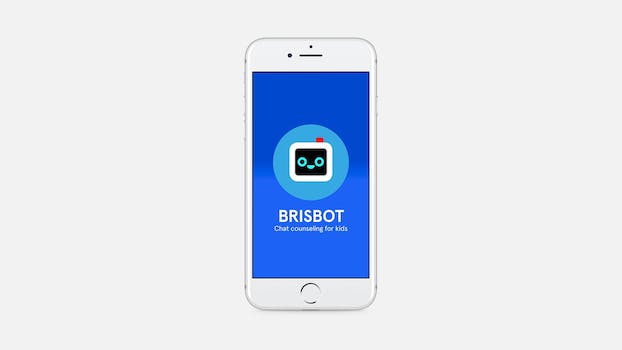 Can troubled kids find help through a chat bot?

Over the past decade, people keep turning to tech to solve the problem of how to reach out to troubled kids. Websites show the dangers of bullying, and online suicide prevention networks are acting like hotlines.

It’s often because bullies are turning to tech too—about 15 percent of kids say they’ve been cyberbullied—but issues like substance abuse, depression, and loneliness aren’t things many kids feel they can open up about. Now, one Swedish company is trying to reach out to kids through a chat bot.

Brisbot was created by Swedish helpline BRIS, an NGO “that listens to, supports and strengthens children and young adults’ rights in society.” They recently launched a bot that can be used over Kik and Facebook messenger that offers pre-programmed professional advice about child abuse, bullying, substance abuse, and sex.

“A lot of kids really need someone to talk to but they hesitate to call a helpline,” Amy Zeilon of Brisbot told the Daily Dot over email. “An automated chat bot can feel less intimidating than a real child counselor. The point with a bot is also that it always answers right away 24/7 with no waiting lines.”

However, rather than program a bot to answer a child’s questions, Brisbot functions more as a questionnaire (and still one with some kinks to work out in English—it didn’t recognize when I said “Hi”). It asked me what I wanted to talk about, and some specific feelings, but when I clicked that I feel “sad,” it asked me why, giving me options like “physical health,” “mental illness,” or “criminality.” When I responded “I don’t know why I’m sad,” it said it couldn’t understand. 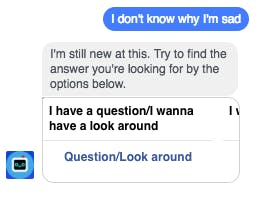 Zeilon says they’re still testing out the subjects they need to tackle with the bot. “Many of the areas covered are very sensitive, and so are the kids that need help, so it’s real important that we don’t point people in the wrong direction. We plan to let Brisbot answer open questions in mid January.” In surveys among kids, respondents said they wanted something like Brisbot to be developed.

The biggest hurdle, no matter the medium, is getting kids to admit they need help in the first place. Most of us are conditioned to hold stigmas against things like mental illness or abuse, not even wanting to admit to hardship lest discovering there is a “problem” is a possibility. Zeilon says they hope Brisbot and similar technologies can serve as a more casual way for kids to ask questions. “It’s a service that’s open to anyone, also to those who are ‘just curious,’” says Zeilon. But unless we fight these stigmas against opening up about trauma, kids will still be asking these questions in the dark.