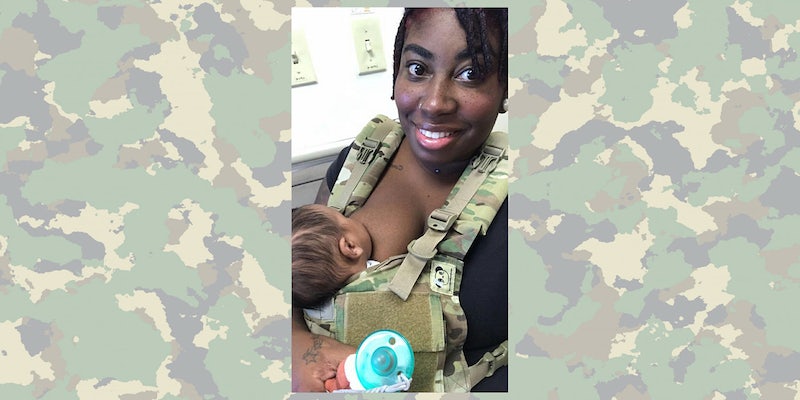 Breastfeeding mom shuts down hater in the best way

For more than 6 million years, species around the globe have been nourished and kept alive by the milk from their mother’s breast. And yet, here we are in America in 2017, still squeamish by the functional use of a boob.

Avery Lane is not having it, though. She was recently breastfeeding her child at an H&R Block on a military base when the manager came up to her. “Can you cover up with a towel or something?” he asked.

She looked at him in shock. “No, but I have a muslin if you would like to cover your face,” she told him. “You must not know Georgia’s breastfeeding laws.”

And that, my friends, is how you shut a shamer down.

Lane shared the story in a Facebook post, which has since been Liked 44,000 times, with moms dropping praise and hand-clap emoji all over the comments.

Lane says that the manager then asked her to leave, so she called the Military Police, who informed the manager that what he did was illegal.

“I’m only posting this because I hope more moms will stand up to normalize breastfeeding,” she wrote on Facebook. “I refuse to cover my child or nurse in my car.”

I wonder if the manager’s mother knows this story went viral.