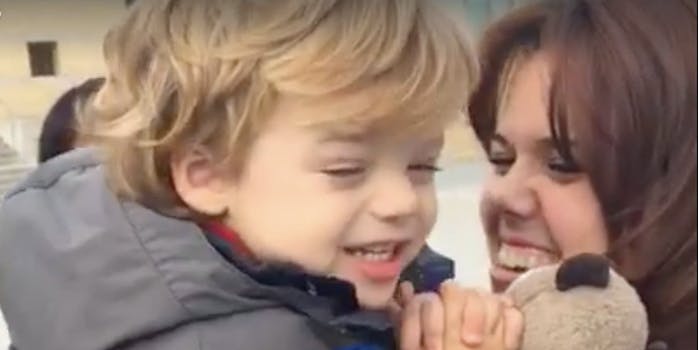 After days-long search, boy with autism is reunited with lost bear

When two-year-old Lucas lost his teddy bear at a Toronto park this weekend, his mom Jessica Hoffart was in a panic. Lucas has autism and he takes his bear Teddy with him wherever he goes, from daycare to the bath.

Teddy is missing! He is Lucas best friend and safety toy. He was lost on oct 8th at brittania (creditview tô Mavis)… pic.twitter.com/ieLQ91w1Rq

For the past 24-plus hours, the news team at City News Toronto has been on the hunt for Teddy, asking for tips from anyone who may have found him.

Video: The hunt to reunite a 2-year-old boy with his best friend 'Bear', a teddy bear service animal https://t.co/g05HJTuM1r pic.twitter.com/i9ID1rvgMB

.@Letsfindteddy Update: Three families are delivering teddy bears to Lucas today to see if they will work, Bear still hasn't been found pic.twitter.com/P0YLC6fQH2

Then in a Facebook Live video today, City News had good news for Lucas and Hoffart. A woman and her son had found Teddy outside the local Costco, dusted him off, and thought to bring him home. When watching the local news that night, they realized it belonged to Lucas.

The heart-touching video captures the moment when Lucas and Teddy are reunited: As soon as he sees his bear, the two-year-old reaches out of his stroller to grab him and gives him a great big snuggle. 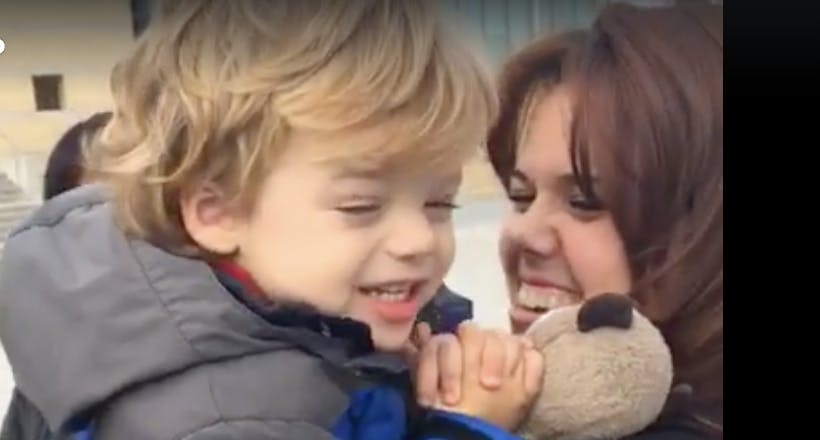 Thank you, good people of Toronto, for making us believe again in happy endings.