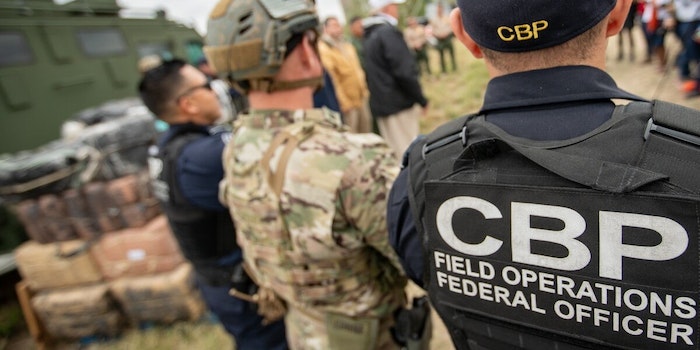 Border Patrol is using ‘Facebook’ as an address for asylum seekers

Border Patrol Agents are reportedly writing “Facebook” in the address box of crucial forms for asylum seekers, making it difficult for them to be contacted by the government, according to a BuzzFeed report.

A Honduran man, who BuzzFeed has identified only with his last name of Gutierrez, told the publication that he was made to wait in Mexico before his court date in the U.S. When the Border Patrol agent took down his information, on the Notice to Appear (NTA)—an important document for asylum seekers—the agent wrote down “Facebook” in the address box, which is supposed to indicate where the government would contact him.

The NTA form serves as a crucial document for asylum seekers as it notifies them to appear before an immigration judge. It marks the beginnings of removal proceedings for the person in question.

BuzzFeed’s investigation found that Gutierrez was not the only one whose address was wrongly listed as “Facebook” on the form. According to immigration rights officials and advocates, many asylum seekers, including those like Gutierrez who are made to wait in Mexico, have faced this. It poses a massive risk to those applying for asylum as missing the court date could have crucial consequences for them.

With “Facebook” not being a valid address, these people are likely to miss any notice from the government notifying them of their date to appear in front of a judge.

Gutierrez recalls that the agent working with him went so far as to confirm if a shortened version of his name was his Facebook name.

“I said ‘Yes, why?’ The agent told me ‘Because that’s how we’re going to send you information about your court case.’ I thought that was strange, but what could I do?” Gutierrez told BuzzFeed.

He said he never received any update or notification via Facebook and remains unsure about how members from Department of Homeland Security would contact him on the social media platform.

“‘Facebook’ is the most egregious example of the Department of Homeland Security doing away with the aspect of proper notice … Facebook is not an adequate way to serve an NTA,”  Leidy Perez-Davis, policy counsel at the American Immigration Lawyers Association said to BuzzFeed News.

Perez-Davis added that “Facebook” isn’t the only example of serving an NTA with an address that is impractical. Sometimes, shelters are added as addresses, but most spaces house immigrants only for a few days, and a court date is expected to arrive usually in a few months.

Given that Facebook is an online space and not a specific address, it’s unclear if this would even be valid (or legal). The U.S. Customs and Border Protection did not immediately respond to the Daily Dot’s request for comment.