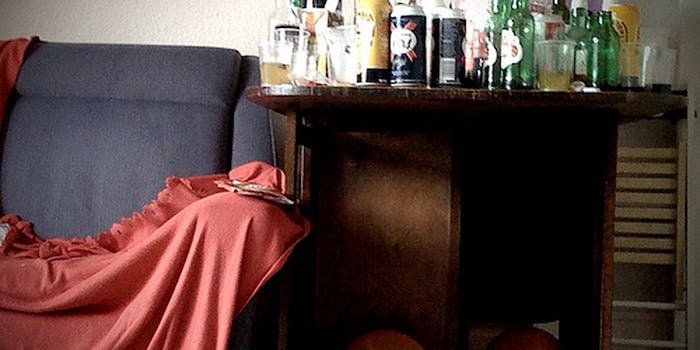 Sorry Bulldogs, but the Bobcats have crashed your party.

The 2012 Princeton Review College Rankings were released today and the ranking making the most buzz on social media this afternoon is Ohio University topping the list of party schools, replacing last year’s champion, University of Georgia. The survey results are drawn from more than 122,000 students.

Last year, Ohio University, which is more than 70 miles southeast of Columbus in Athens, ranked number two in Princeton Reviews’ party school rankings. This is the first time OU topped the list and has appeared on the list 12 times since 1997.

Reaction from students was mixed on the ranking according to a question put out by the student-run paper The Post.  Sean Fisher, an OU student, tweeted “The party school rankings are a good joke, but shouldn’t be boasted about. Anyone can drink when you have more bars than shops.”

Matthew Hagge tweeted it “felt good to be number one again.”  OU’s Dean of Students  Ryan Lombardi was quick to denounce the ranking. He tweeted his disappointment with the rankings saying OU students are “much more than what is reflected in that ranking.”

Meanwhile, UGA students tweeted their disappointment with the rankings, with many of them using the same “it’s because I left” joke. Another user, Meg Conley, asked how UGA got beaten by a “bunch of Yankees.”

Aside from partying, the Princeton Review, which is not affiliated with Princeton University, the survey ranked other schools from categories like best professors to prettiest campus.