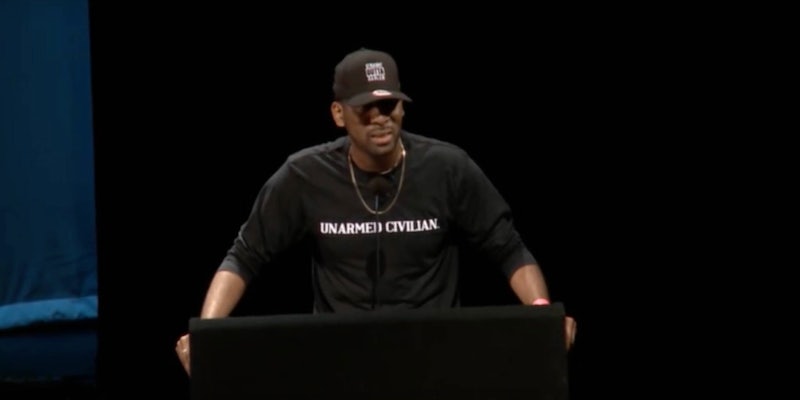 For those who think racism doesn’t exist, read this Black Lives Matter syllabus

NYU professor posts class conversations and reading lists for you to follow along.

Ever want to talk about Black Lives Matter but feel like you don’t have enough information? Well, now you no longer have an excuse. Professor Frank Roberts at NYU has posted his Fall 2016 Black Lives Matter syllabus, full of required texts and films that answer the question “How, when, and in what ways is it possible for us to stand in formation against the treacherous legacies of capitalist patriarchal white supremacy?”

Professor Roberts first taught a class on the movement last fall, and similarly made that syllabus public. This year, he’s updated the syllabus with discussions on Colin Kaepernick, Donald Trump, and the rape allegations against director Nate Parker.

Roberts breaks the syllabus down by class and has also posted livestreams of conversations and classes on his YouTube page.

Earlier this week, a volunteer for Donald Trump’s campaign claimed that racism didn’t exist in America until Obama became president, and that the Black Lives Matter movement was “a stupid waste of time.” She has now apologized and resigned from her position. Perhaps the syllabus should have been required reading.