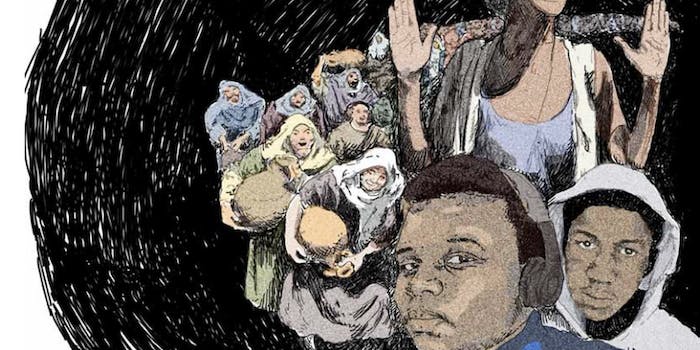 Jews for Racial and Economic Justice

Celebrate Passover with this #BlackLivesMatter Haggadah

Jews for Racial and Economic Justice create more awareness about the plight of Jews of color.

Each Passover, Jews gather to pay tribute to their ancestors’ struggle while reviewing the story in a book called the Haggadah. This year, a group called Jews for Racial & Economic Justice has created a supplement to the story with a contemporary spin.

JFREJ released the #BlackLivesMatter Haggadah supplement, a reference to the viral hashtag that emerged out of the clashes in the past year in Ferguson and other cities across America.

What’s interesting about this addendum to the usual Passover ritual is that it does not equate the struggle of Jews with the struggle of people of color. Instead, it shines a light on what the JFREJ perceives as the Jewish people’s failure to support the movements in Ferguson and beyond.

In the supplement’s introduction, JFREJ Leadership Development & Communications Organizer, Leo Ferguson, provides some insight into the organization’s intent in creating this text:

In it you will find additions to the Seder rituals & Haggadah text intended to highlight the role we believe Jews must play in confronting racism and abusive policing. Each piece of the supplement may provoke discussion, reflection or even contention. We hope that this wrestling, thinking and feeling — in the great tradition of our people — will be a powerful part of your Seder and will lead to meaningful action for justice. 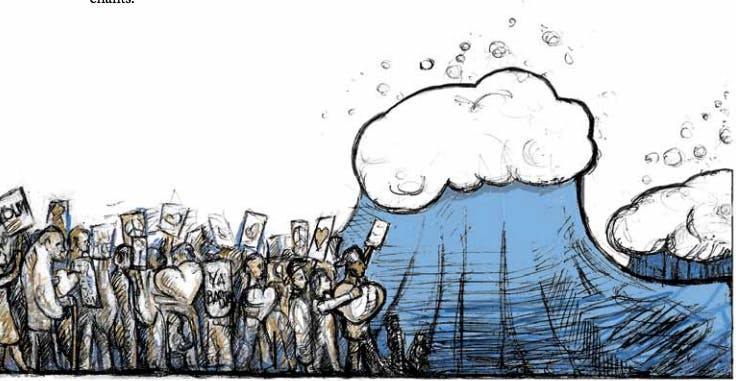 One of the main events of a seder is the asking of the four questions. It’s customary for the children at the table to pose these queries, which explain why the first night of Passover is different from all other nights. The supplement throws a fifth into the mix:

“Why on this night when we remember the oppression and resistance of Jews should we also think about the lives of people of color?” Because many Jews are people of color. Because racism is a Jewish issue. Because our liberation is connected.

It is not unusual to bring contemporary examples of oppression into the Passover seder. Some Jewish families discuss the Holocaust during the seder, as well as the genocide in Rwanda. But JFREJ’s supplement is asking Jews to recognize not only that they have a responsibility to help fight racism and police abuse, but also that they might be part of the problem.