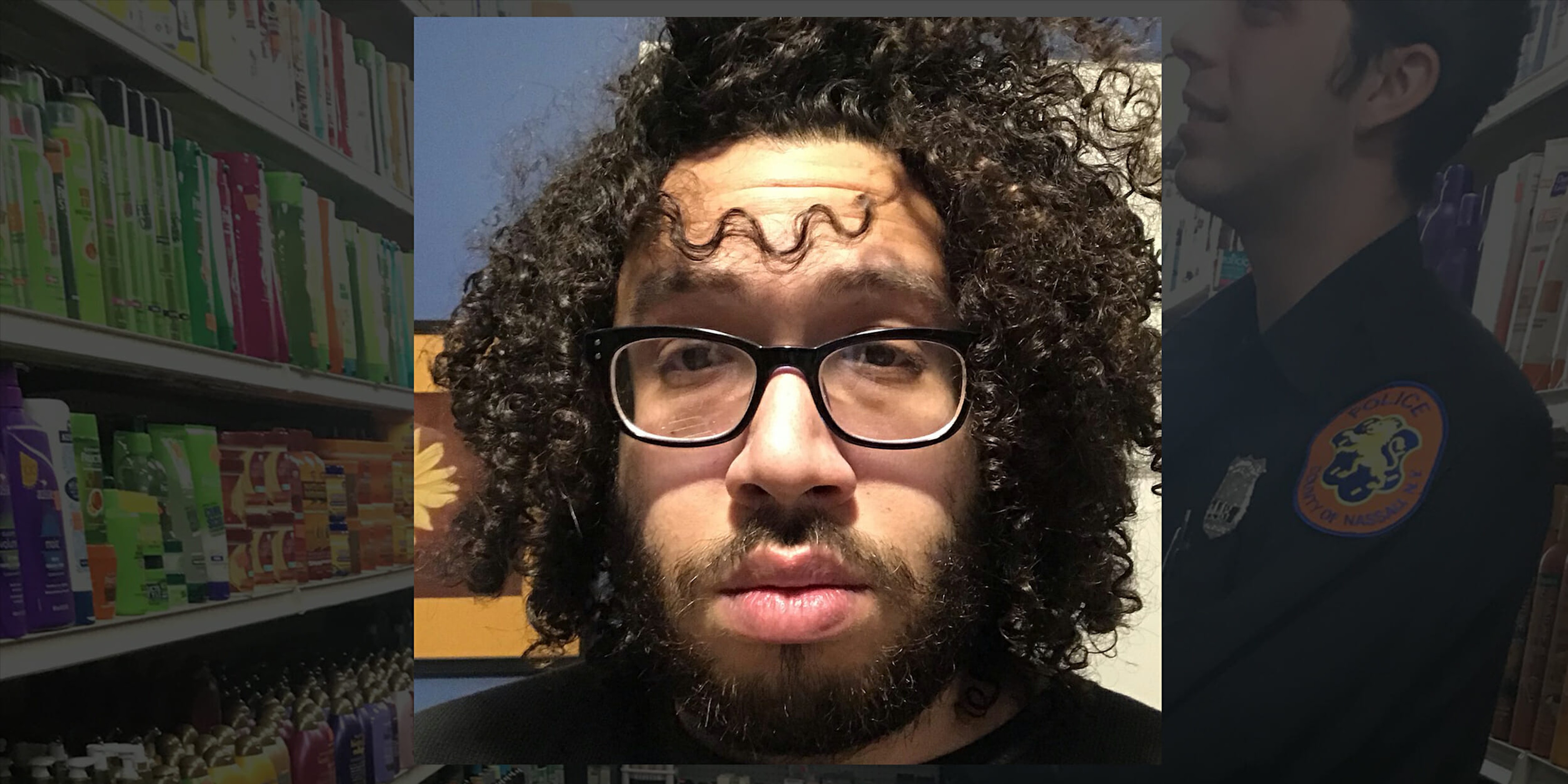 His noise-canceling headphones drowned out the officers' commands.

Despite reports regularly detailing how police target, harass, and kill unarmed Black Americans, officers’ interactions with people of color seem to have changed very little. A Twitter thread from writer Ben Faulding on Wednesday details a shocking confrontation that shows how miscommunication and racial profiling can cause people of color to die at officers’ hands.

Faulding says he was walking home from the gym when he suddenly remembered that he needed conditioner for his hair. So he stopped at a store in Long Island, listening to K-Pop through his noise-canceling headphones, while he shopped. After picking out a conditioner and walking over to the front to pay, he says he saw a police officer with his weapon drawn, followed by a second officer. The latter screamed at Faulding, telling him to put his hands on the ground and move forward, he says. But Faulding’s headphones muted out the officer’s voice, making his instructions hard to hear.

“All I wanted to do was follow instructions,” Faulding tweeted. “Last thing I wanted was some mild mistake to end my life. Like with Daniel Shaver.”

Faulding is referring to 26-year-old Daniel Shaver, who was fatally shot by an Arizona officer in January 2016 because he believed Shaver had a gun. While Shaver crawled down the hallway, begging the officer not to shoot him, the officer opened fire after Shaver moved his hand.

“I’ve watched that video a dozen times wondering if I’d make the same mistake if I were in that situation,” Faulding said. “All Shaver did was reach back to pull his shorts up when they fell a little. A subconscious, small hand motion. He probably didn’t even think about it. And it ended his life.”

Eventually, Faulding says his headphones shifted and he was able to hear the officer’s instructions. He crawled on the ground, his hands forward, and was subsequently restrained by police. After officers searched his pockets and gym bag and found nothing, he was let go, he says. But Faulding learned that the incident wasn’t random. Police were allegedly called because a clerk assumed Faulding was shoplifting.

“When Nassau County PD got the call. It was for an armed robbery,” Faulding tweeted. “When they came in, they were looking for somebody with a gun. That’s why theirs were drawn. The bottle of conditioner I picked out was white. What if I had picked the black bottle? What if they had seen it wrong? What if my skin was darker? What if the cops had been a little bit jumpy?”

In his tweets, Faulding, who is Black and Jewish, implies the clerk engaged in racial profiling, purposefully calling the police because of Faulding’s skin color—as this wouldn’t be the first time that a business or police targeted Black citizens on little pretense.

“If this [had] gone bad. I never would have told my side of the story. Yeah, the news story would have said I was unarmed. But those four officers would have command of the narrative,” Faulding writes. “Listening to music on headphones so loud might not have been the smartest move, but it was almost deadly. And it shouldn’t have been.”

The Daily Dot reached out to Faulding for comment but hasn’t heard back. Read Faulding’s full Twitter thread here.