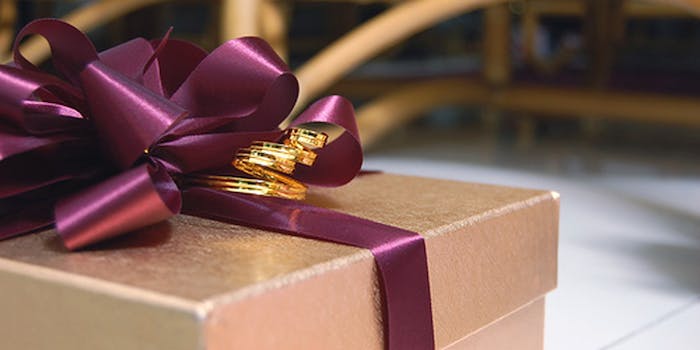 Little girl gets best birthday gift ever from her soldier dad

A soldier coming home from combat is always a special occasion, but when Joshua Carr saw that his early return from a four-month deployment in Afghanistan would coincide with his daughter Bridget’s third birthday party, he knew he could add even more magic to the moment.

Carr and his wife Chloe decided to give little Bridget the surprise of a lifetime with a simple ruse: Carr would hide in the box from a mini-fridge Chloe had recently bought—they cut out a hole in the bottom—and allow himself to be wrapped up like a giant birthday gift. After untying the red bow and peeling away the festive paper, Bridget is adorably startled and overjoyed by what she finds inside.

“I was not expecting that level of her reaction,” Carr told ABC. “I think I was expecting more of a, ‘Hey dad, glad you’re back.’ But I still watch it over and over and she gets so animated.” Naturally, if your heartstrings can take it, there’s also a GIF version:

Not sure how the Carrs can possibly top this delightful present next year—anything short of a stable of ponies won’t compare.