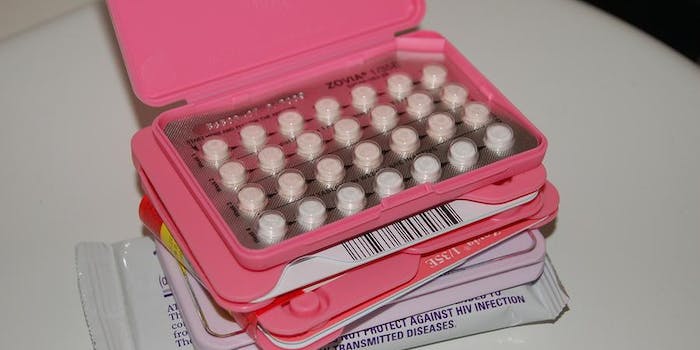 If you don’t think birth control matters, learn how #BirthControlHelpedMe

Millions of women take birth control every day, but no one talks about it. Planned Parenthood wants to change that.

Despite the fact that the pill has been legal in America for more than 50 years, women are often discouraged from talking about it. Now, Planned Parenthood is launching a campaign to help change that.

#BirthControlHelpedMe aims to inspire women to share stories of how birth control has changed their lives, from allowing them to finish school instead of having children, to controlling how many children they had.

Tweet it loud, tweet it proud: What has birth control done for you and your life? Fill in the blank: #BirthControlHelpedMe _______!

Birth control let me focus scarce resources on my daughter & helped make a path from poverty to college possible. #birthcontrolhelpedme

#BirthControlHelpedMe as the only non-surgical treatment for my endometriosis, a disease that has played a bit of havoc with my life.

A report from the Planned Parenthood Action Fund (PPact) about the impact of birth control on American women notes the CDC named the invention of the pill as one of the top 10 public health achievements in the past century.

The report also praises the Affordable Care Act, which “eases the disproportionate health care burdens on women — who continue to earn less than men while also often facing more health care costs — and increases access to reproductive health care.” Essentially, the report argues that women (and the men who benefited from their birth control) would not be where they are without birth control.

In conjunction with the report, Planned Parenthood is asking women to tweet and share their birth control stories to demonstrate the wide range of benefits birth control has had on women’s lives.

“After nearly dying giving birth to my daughter #birthcontrolhelpedme avoid future dangerous pregnancies so I can be here & healthy for her,” tweeted writer Jessica Valenti.

Many women spoke of health complications they’ve avoided by being on birth control, as well as the careers they’ve built and the relationships they’ve been able to have because of it.

A reminder to men seeing #BirthControlHelpedMe – birth control probably helped you along the way, too!

I'm a WOC, mid 40s, no kids, excellent career, stable relationship, disposable income, and educated. #birthcontrolhelpedme do all that.

Ultimately, the hashtag makes the important point that birth control does a lot of things: It can help with acne, debilitating menstrual cramps, and even dangerous medical conditions like endometriosis. But even if it didn’t, and even if all it did was prevent pregnancy, it’d still be a necessary component of public health.