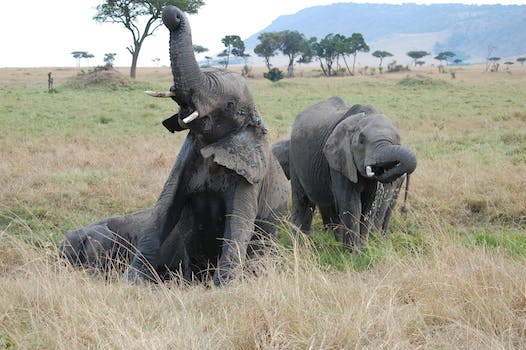 Big game hunter crushed by elephant he was hunting

Karma lives in the body of an elephant, apparently.

A South African big game hunter was crushed to death Friday after an elephant shot by his hunting crew fell on him.

Theunis Botha, a well-known South African hunter and father of five, was on a walk with a group of hunters on a hunting reserve in Zimbabwe when they came across a pack of breeding elephants, according to News24.

When several elephant cows stormed the hunters, Botha shot at them. A fourth elephant then stormed them from the side and lifted Botha with her trunk. Another hunter fatally shot the elephant, and as the cow collapsed, she fell on Botha.

Not one God damned ounce of sympathy. I hope if hurt like hell!

I thought the "dying elephant kills game hunter" was the karma story of the day. But then a sinkhole opened next to the Mar-a-Lago Club.

The guy had a high powered rifle and the elephant *still* won. Karmas a bitch

Others weren’t as quick to talk about karma so soon after someone’s death.

Hate what he did but he didn't deserve to die. Some of you are evil.

Botha’s death comes just after his friend and fellow big game hunter,  Scott Van Zyl, was killed by a crocodile on the banks of the Limpopo River in Zimbabwe, BBC reports. Van Zyl’s remains were found in the carcass of a crocodile shot by authorities in mid-April.