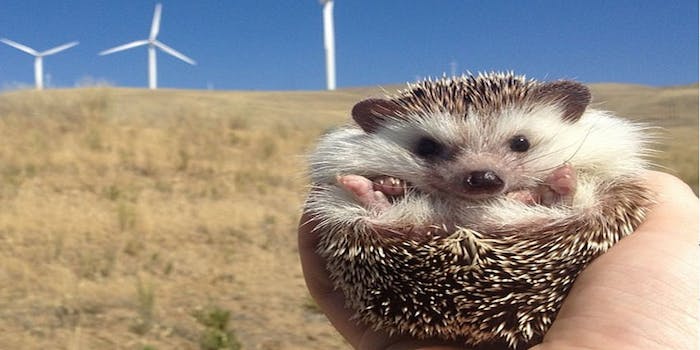 Sonic's got nothing on this guy.

Whether it’s the inside of a cozy home during the Christmas season or in the middle of an arid desert, Biddy the Hedgehog wants to see it all. His Instagram page, biddythehedgehog, chronicles the adorable animal’s remarkable trips to all corners of the globe. So far, over 360,000 people follow the travels of what has to be the planet’s only jetlagged woodland creature.

On the rare instance that Biddy is unable to make the trek somewhere, his owners feel that a photograph will suffice.

And before you ask, yes, Biddy has posed with other frequent travelers.

We have no idea where Biddy will wind up next. Just in case he stops by your hometown, make sure you know the number of a good local wood chips restaurant. You’ll probably want to make reservations.