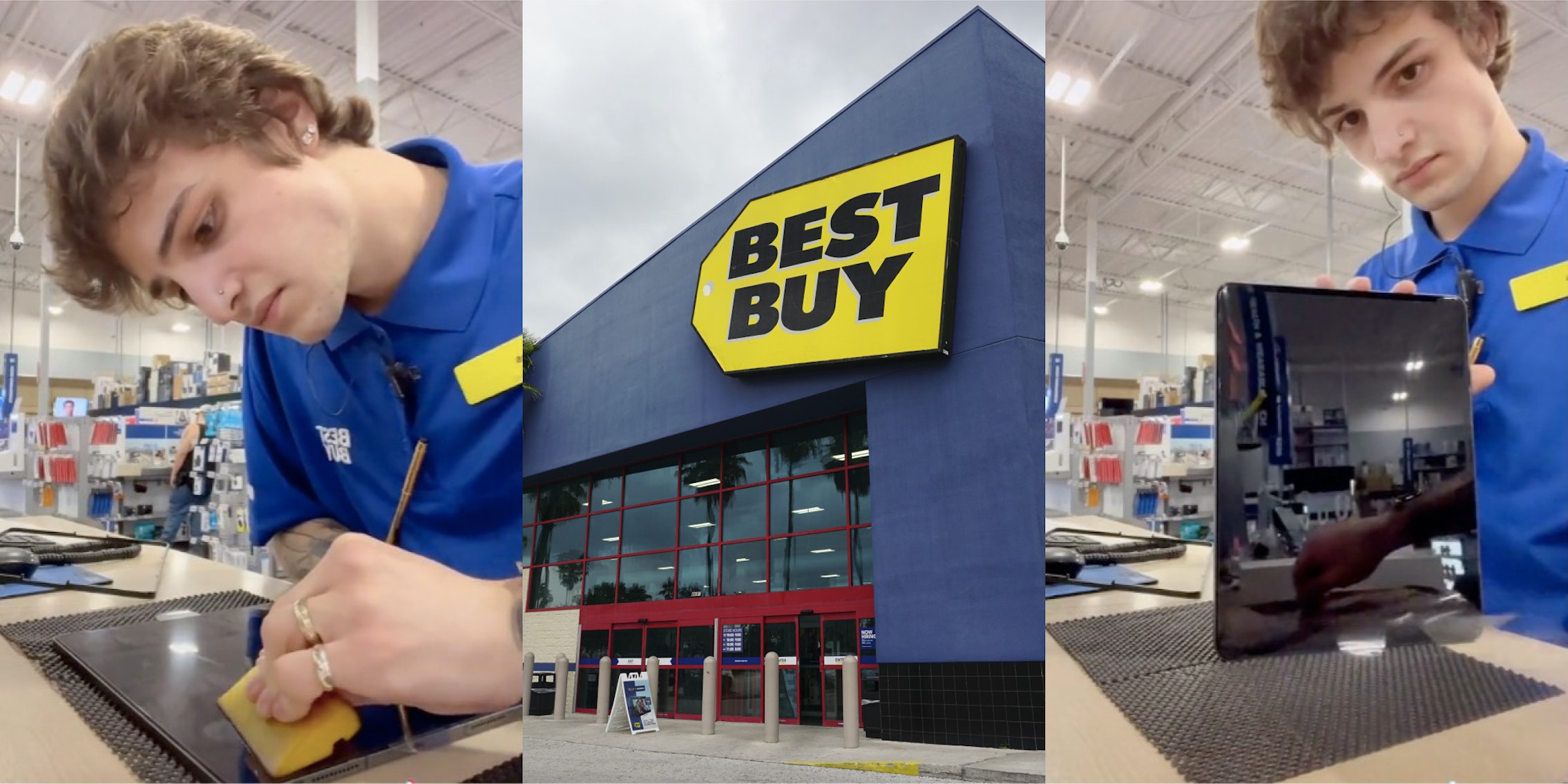 'They think these huge companies just going to let you rob them for 5k.'

A Best Buy employee thinks he thwarted a potential scam attempt. His story has attracted over 6 million views on Tiktok.

TikTok user Dallas (@dallas_ponzo) shares stories with his followers from working behind the desk at Best Buy. He often narrates a voice-over that plays while he soothingly applies screen protectors to devices.

In the viral video, Dallas recounts how a man recently came into the store and asked to do a simple upgrade to his AT&T account. But the TikToker’s suspicions were raised when the customer asked to upgrade five lines to the iPhone Pro 13 Max — one of the latest iPhone models with one of the most expensive plans currently available at Best Buy.

I checked his credit, he checked my vibe

A purchase of that size automatically set off the TikToker’s alarm bells. However, he continued with the transaction as there was no reason to immediately flag it as a scam.

“There’s nothing I can do until I prove that he’s doing it fraudulently,” Dallas says in the video.

The TikToker continues to say that the first two iPhones were purchased without a problem. It was during the process for the third phone that the customer was flagged for a “credit check.”

According to Dallas, the customer began freaking out, but the TikToker informed him that such measures were routine for large purchases.

“Actually it’s pretty common, especially when you’re doing a lot of upgrades at once. They just want to prove that it’s actually you buying the phones,” he allegedly told the customer.

Dallas continues to say that after only 2 minutes of waiting on the phone with AT&T for the credit check, the customer changed his mind, saying he would just go to AT&T directly. The TikToker informed the customer that he would have to complete the same process there as well.

The customer left soon after, making the TikToker believe that the transaction was a scam from the start.

Some users pointed out that there was nothing inherently fraudulent about the interaction.

“Maybe he didn’t anticipate a credit check and is trying to keep his credit report clean,” one user wrote.

“I mean it could be fraudulent, but nothing you mentioned stated it was fraudulent just the guy was impatient,” a second stated.

However, other users doubled down on the claim that the interaction was a potential scam.

“They think these huge companies just going to let you rob them for 5k,” one user commented.

The Daily Dot reached out to Dallas via TikTok comment and Instagram direct message and to Best Buy via email.