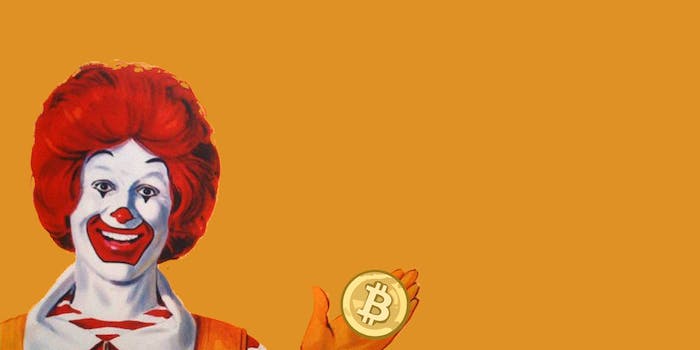 Guess he hasn't heard of Dogecoin yet.

The future is now, even for the impoverished and destitute. Recently, redditor kingbot noticed someone panhandling outside a McDonald’s in Dinkytown, Minn., with an unusual sort of poster: the message “EVERY BIT HELPS” appears above the logo for the popular cryptocurrency Bitcoin and a QR code that no doubt links to the guy’s virtual wallet.

“[W]onder if he noticed the sign behind him,” kingbot wrote, referring to a marquee notice that indicated the fast-food restaurant was hiring at the moment. (Not that they pay a living wage.) 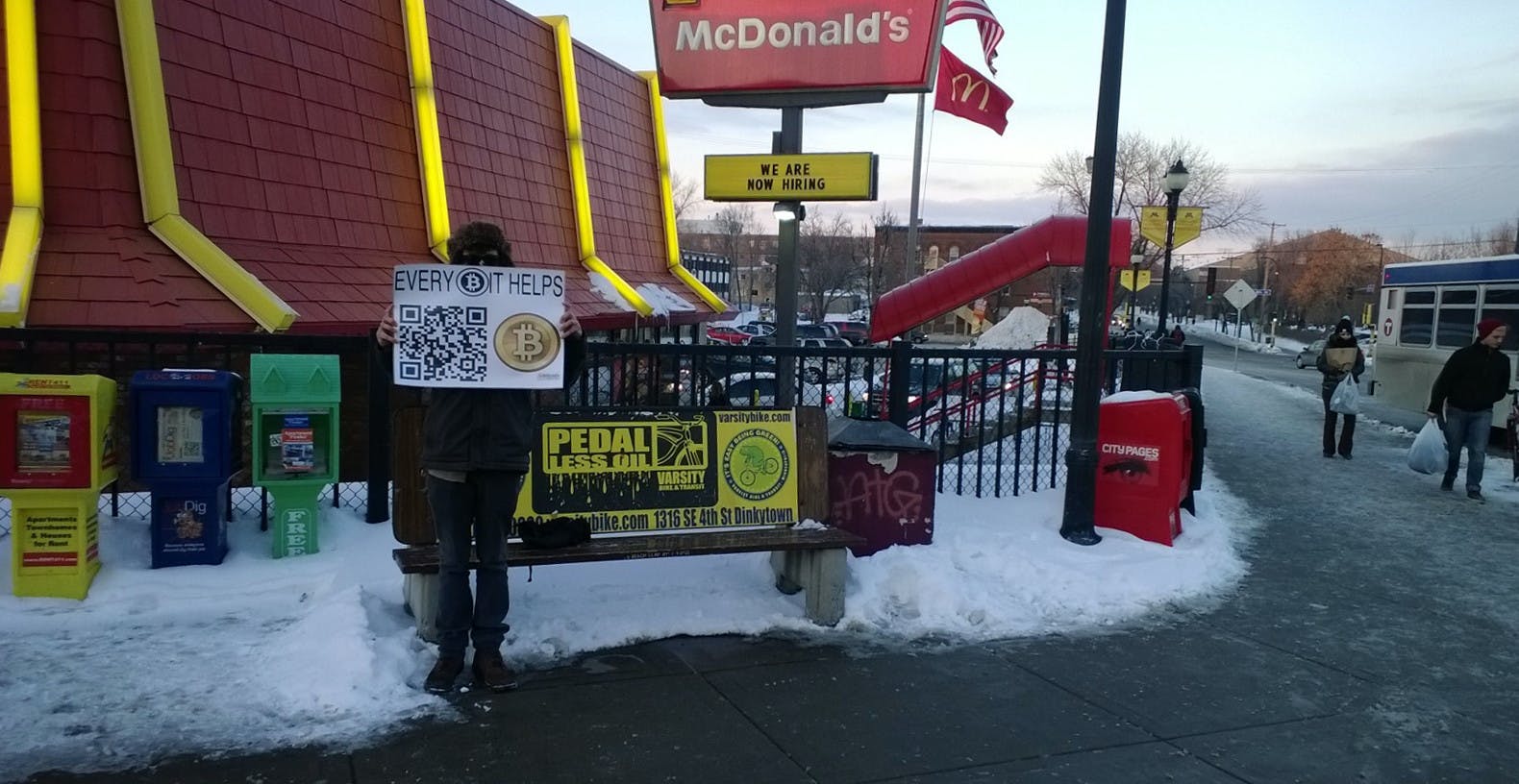 While other redditors quickly hatched a conspiracy theory that kingbot was himself the beggar, and the proximity to the University of Minnesota suggests a possible college prank, someone did go to the trouble of tracking down the relevant stash. After 10 transactions, this mystery man has collected 0.08755 in Bitcoin, or about $73. A decent showing, even with an Internet bump. 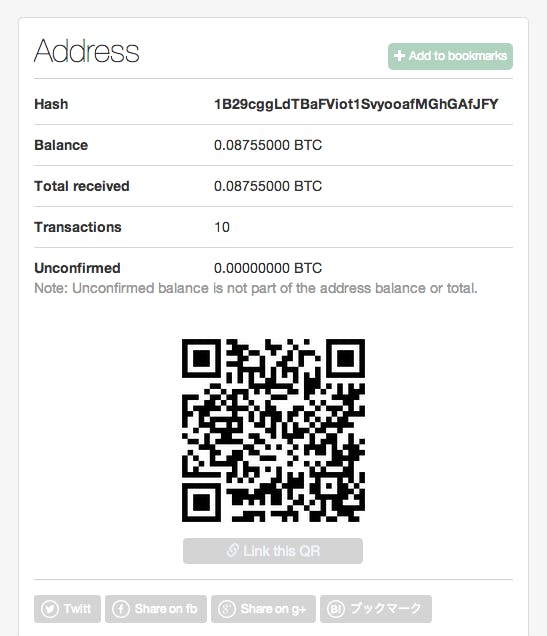 Depending on how Bitcoin regulation plays out over the next few years, this could be the smartest move ever, or leave him with a bunch of digital currency worth less than old-fashioned pocket change.