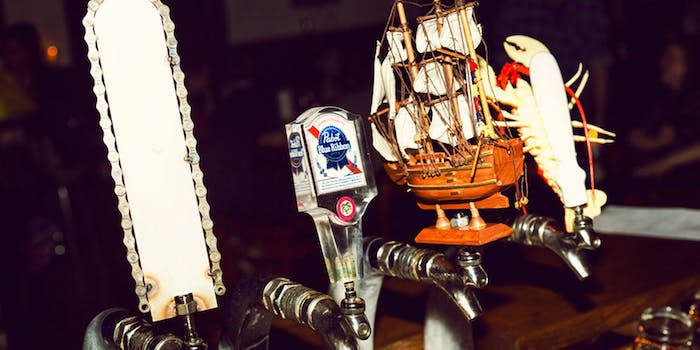 Photo via The Beaufort

These guys ate hamburgers with racism on the side.

The Beaufort, a delicious-looking bar and restaurant in Melbourne, Australia, does not take kindly to garbage clientele.

Four bro food bloggers who wrote restaurant reviews under the Instagram account @burgerbunday reviewed The Beaufort with some highly offensive language. Among other obnoxious comments, the group referred to as the “1uote of the night,” in which one bro called other women at the restaurant “bean eating rug-munchers,” Attitude reported.

The Beaufort did not take that lying down. They responded on the @burgerbundy Instagram post, calling out the photo and the racist, homophobic remarks, calling the dudes “c**ts,” and hurling a number of f-bombs in their direction.

The @burgerbunday bros have apparently deleted its Instagram account after the image was picked up on the blog Brown Cardigan and shared around the Web. Now the Beaufort’s Instagram account proudly displays the exchange however, confirming its authenticity. “You fucked with the wrong ‘lesbian,’ idiots,” they said. “Fried dicks are on us.”

Hold on. What's this? Is that @burgerbunday being publicly shamed on @browncardigan. You fucked with the wrong "lesbian" idiots. Fried dicks are on us.

Well, now I know where I’ll be dining the next time I’m in Melbourne.

Photo via The Beaufort