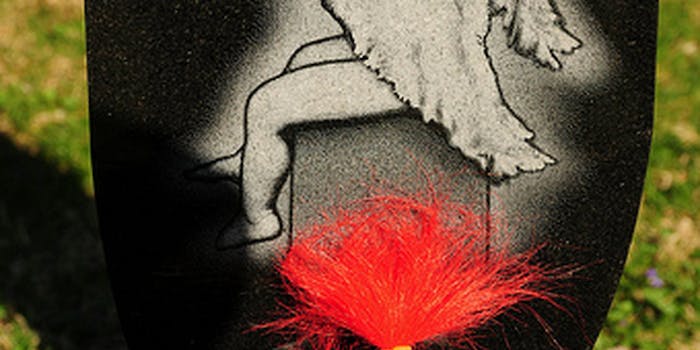 The British broadcaster set out to confront a troll and in the process displayed a shocking ignorance of Internet culture.

Trolls are the bane, or delight, of Internet users everywhere.

There’s more to trolling than just being a jerk online. The provocative antagonists take many forms: they can annoy with their rick-rolling or get a rise out of you with ironic, blatantly stupid, or hateful comments. For many inexperienced Internet users, they’re downright repulsive.

The BBC demonstrated its Internet inexperience earlier this week, when it confronted an Internet troll in real life in a segment for Monday’s episode of Panorama.

The snippet of the BBC episode (not viewable in the US), obtained by The Next Web, spotlights a British man, Darren Burton, who posts hateful comments on memorial pages of the deceased.

But as many Internet commenters and experts on Internet culture pointed out, the BBC was comically off-base with its report. The segment left many wondering if the BBC was in fact trolling the trolls.

“LOL, thats not a TROLL, guys. Thats just a racist guy on the internet” wrote fuckthemusics on Reddit.

“Yeah…..Um….that ain’t a Troll…that’s just someone with too much time…and a problem!” wrote TruffleShuffleBoy123 on YouTube.

The whole point of trolling is to make someone think you earnestly believe the awful things you’re saying—when you may actually think the very opposite. And when a troll uses racist epithets on 4chan, a site described by many as the current motherland of trolls, it’s to engage in the coded lingo of the site—to fit in.

“A racist typically defaults to being racial while the troll would resort to racism in situations where it was necessary to keep the troll going,” Jihad, an administrator of Encyclopedia Dramatica’s Internet Relay Chat (IRC) network, a common hangout for trolls, explained to the Daily Dot.  “Such as taking on a racist persona to befriend a racist mark.”

Jihad concluded Burton was “likely a racist,” adding “there’s a thin line between straight up trolling and hateful people.”

Jihad believes the mainstream public has yet to understand trolling, though the practice has existed for more than a decade. He wasn’t surprised that the only troll featured in the segment was a racist bully.

He has a point.

While some trolls want to anger you, others want to point out the error of your ways, make a satirical point, or just be obnoxious. They may prank you by linking to random videos or commenting “FIRST” or “Y SO SERIOUS” on articles. They want a response, usually an emotional one; hence the phrase “don’t feed the trolls.”

By painting all Internet trolls as angry simpletons like Burton, the BBC is at best perpetrating the spread of misinformation. At worst, it appears to be sensationalizing Internet culture to drum up ratings.

Cole Stryker agrees. The author of “Epic Win For Anonymous: How 4chan’s Army Conquered the Web”—the first and only written guide to 4chan, Anonymous, and trolling culture—called the segment “silly” in an email to the Daily Dot.

Biella Coleman, a professor at McGill University who frequently speaks to the media about Internet culture, wrote on Twitter she was “glad to have said no” to the interview after watching the BBC segment.

This fact was not lost on redditors, YouTubers, or Jihad, who linked me to an NBC article as an example of an excellent troll done by the media, adding casual observers are “the butt of the biggest trolls” today.

As Gizmodo pointed out, many responded angrily to the BBC segment. They’ve begun bashing Burton online via a hateful Facebook page.