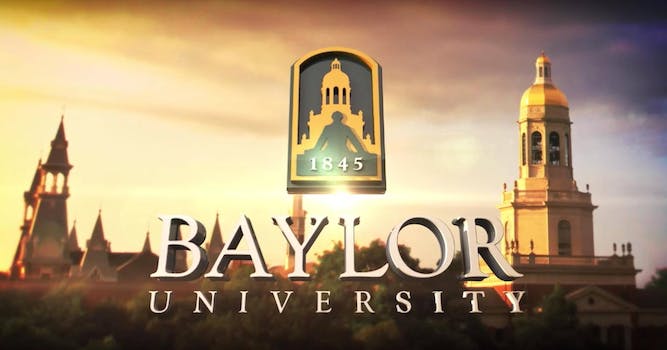 She says as many as 8 players drugged and assaulted her.

On Tuesday, a former Baylor student filed a Title IX lawsuit alleging that multiple school officials mishandled her reported sexual assault, in which as many as eight football players drugged and raped her in 2012.

According to the Waco Tribune-Herald, the Title IX suit is the seventh against the university amid a years-long sexual assault scandal in which school officials allegedly mishandled sexual assault reports related to football players, including failing to investigate claims and threatening to report survivors to their parents for violating the Baptist university’s strict code of conduct.

The initial story of a potential coverup by Baylor athletics and administration—the trial of football player Sam Ukwuachu, who was found guilty of sexually assaulting a fellow student-athlete in 2015—has since brought forth 17 women who allege the university also mishandled their reports.

As a result of the scandal, former chancellor and university president Ken Starr was fired, as was head football coach Art Briles. (Ukwuachu’s conviction was overturned on a technicality, and he awaits a new trial.)

The plaintiff of this particular suit, “Jane Doe,” had been gang-raped as part of the football team’s system of freshman recruit hazing, in which the players would bring freshman women to parties to be drugged and assaulted. Rapes were also photographed and videotaped; according to Doe, at least one videotape of two football players raping two other students had been circulated.

The suit says Doe was then subjected to semesters of verbal abuse and public humiliation by football players, with her and her family receiving threatening texts from players from anonymous numbers. She was even burglarized by players, the men throwing belongings about her apartment while stealing money and a necklace.

Both Doe and her mother met with an assistant coach, counselors, Bries, and her volleyball coach, but Ian McCaw, the athletics director who has also since resigned, didn’t report the assault. Doe withdrew from Baylor after a May 2013 athletics department mission trip to Africa, during which a football player told Doe he heard up to eight football players had gang-raped her the previous year.

“These girls affected by this are seeking their day in court,” Muhammad Aziz, Doe’s lawyer, told the Tribune-Herald. “We thought about this a lot, and me and my client thought about it and discussed it. Eventually, we decided to proceed. Really, what we are seeking to enforce is just a safe education environment for the girls at the school.”

According to the Tribune-Herald, 17 survivors of domestic violence or sexual assault have made reports against 19 football players, including four gang rapes. Another lawsuit, however, says there were 52 “acts of rape” by no less than 31 football players under Briles’ leadership.